What is MSI Afterburner?

A powerful overclocking tool for your graphics card, which also includes screen capture and video capture tools, plus overlays. Has a lower FPS hit than Fraps, and offers the same functionality. The beta versions include audio streams alongside the video capture.

Afterburner is co-developed by MSI and Rivatuner, similarly to EVGA Precision. It is compatible with most Nvidia and ATI cards.

Overclocking capabilities include control over voltage (enabled in settings), and core, shader, and memory clock speeds. Up to 5 profiles can be saved at a time.

Included in the package is Kombustor, which is a stress-testing utility based off of Furmark.

The On-Screen-Display Server runs in the background and activates whenever it detects a DirectX or OpenGL application, although it sometimes detects false-positives (which can be manually excluded). The On-Screen-Display Server can display GPU temperature, usage, fan speed, fan tachometer, core clock, shader clock, memory clock, memory usage, and frame-rate, depending on your settings.

The video capture has no watermark or time limit like the Fraps trial, and you can choose either uncompressed, RTV1, or MJPG compression for your video format. You can also adjust quality, frame size, and FPS.

The screen capture can be configured to use bmp, png, or jpg as its format. The quality can be adjusted from 25-100%.

Overall, this is one of a gamer's or video editor's best friends, as you can overclock your GPU(s), stress-test your GPU(s), take screenshots, and record videos all in one application. 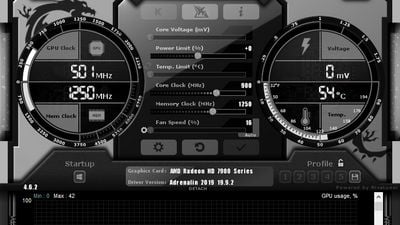 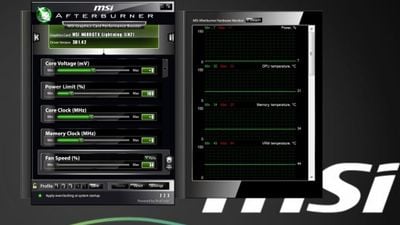 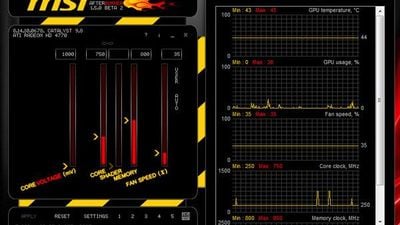 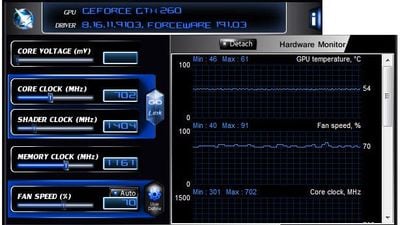 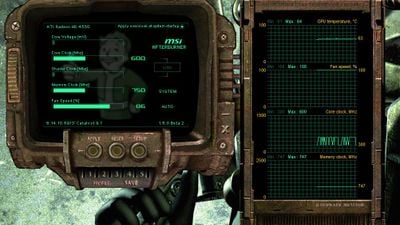 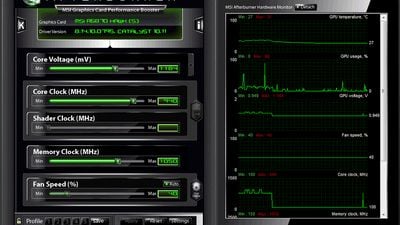 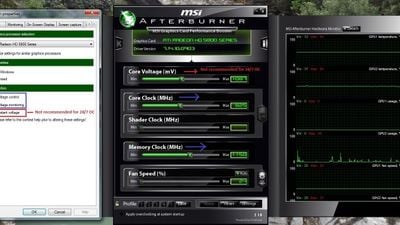 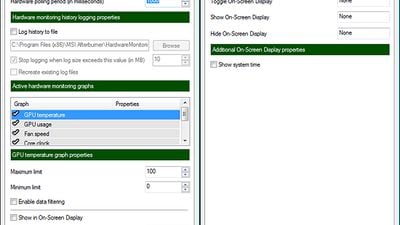 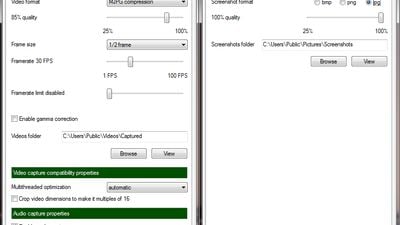 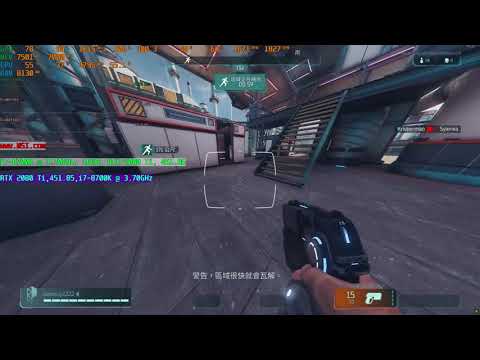 Our users have written 6 comments and reviews about MSI Afterburner, and it has gotten 118 likes

MSI Afterburner is surprisingly useful for recording gaming-footage. By using the JPG-Compressed Video Settings you can save a very large amount of disk space and it also uses by far less resources while recording, which makes the video and the gameplay itself lag-free. You can set the compression-quality in % - The quality loss is not very noticeable (when set around 90-95%), especially if you plan to upload it to Youtube anyway. Recording uncompressed Video is also possible.

After a recent update it also is finally possible to record two separate audio-tracks at the same time, which makes recording ingame-sound and the microphone input possible. This is very helpful for Let's Plays or for recording your own voice while using Teamspeak or similar Apps. Sadly several Video-Editing programs don't recognize the second Audio-Track when importing, just the one with voice. Syncing the game-audio (exported with Virtualdub for example) afterwards is tricky.

The GPU-Monitoring window is detachable and resizeable. Overclocking settings are self-explanatory.

Make sure you deactivate the OSD on Videos in the settings, otherwise you've got the purple recording-indicator in the video.

Hint: You can smooth the steps in the fan curve by double left-clicking it, making it increase or lower the speed linear from, for example step 50% to 70% instead of directly going from 50% to 70%

Okay, but I prefer simpler applications.

No DXVK/OpenGL/Vulkan indicator. No Proton version when used with Steam client.
No frame-time graph over time out of box.

Kombustor: causes the GPU to consume so much power that on older GPUs it can damage the GPU or on newer GPUs it will cause the GPU to downclock and protect itself but then it is not testing at full speed.

Obviously, available for android, not for GNU/Linux. Why?

On Android? You mean the mobile app? Because all that dose is show you the same stats coming from your PC. You have to install a "server" app on your PC, then your phone connects to it through the mobile app so you can see more detailed info without having a huge amount on the in game overlay. It dose not overclock or mess with the Android phone's hardware in anyway. It's basically just a second screen.

So just because that exists dose not mean it would be any help at all for the devs to create a Linux version.

Welcome to OCAT, the Open Capture and Analytics Tool. If you want to know how well a game is performing on your machine in real-time with low overhead, ...

Core, Development & Services •  The Windows setup for everyone (with free software only) •  Software •  Hardware