MaxiVista turns any spare PC into a second monitor for your main computer. No extra hardware required. You can move and extend program windows across multiple screens like it would be a single big monitor. Increase your productivity by using multiple monitors Also handles keyboard, mouse, clipboard sharing or screen mirroring.

The official website and the program are no longer available. 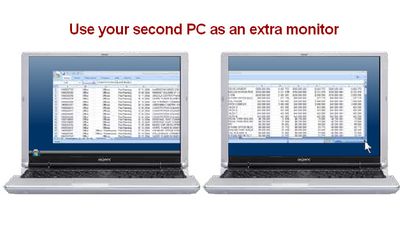 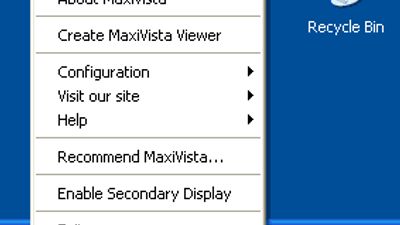 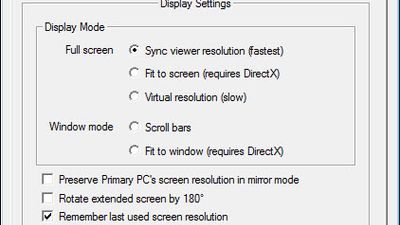 Our users have written 3 comments and reviews about MaxiVista, and it has gotten 21 likes

MaxiVista was added to AlternativeTo by Shawn on and this page was last updated .

At the time of this post, when I checked the developer's website, the app does not support Windows 8/10, and the developers stated that they have no intention of updating the software to do so.

This is crapwear. An application that pretends to be free until you get it fully installed, working and use to it. Then it disables its self and gives you a pay wall. Nowhere on its site before this post did it mention a price tag.

You probably have missed the the license information which is very clear about the license as shown in the screenshot: http://screencast.com/t/4JDVcewjwK

MaxiVista isn't freeware and isn't advertised as such. MaxiVista comes as a trial version. You can also find this information at http://download.maxivista.com

Agree with Atonet, rubbish. A trial implies that there is something to try, not that you need some imagination "The Mirroring feature and support of multiple monitors is not included in the demo version. You can get an idea about the Mirroring performance anyway as it is equal to the performance of the extended screen."

emphasis in "an idea about the Mirroring performance anyway"

I tried Synergy+ at first, but it's so temperamental that I had to find an alternative. (paid or not) I've set this up on Windows 7 64 Desktop as server and a Windows 7 x86 laptop as client. It's working perfectly and albeit I'm currently only using the demo, there's good chance I'll be upgrading very soon. Highly recommended (over Synergy if you don't want the hassle).

Does NOT work on Windows 8