Scared of the terminal or cant be bothered to remember those commands to customize your system the way you want? MacPilot is your digital savior. Easily enable and disable hidden features in Mac OS X, optimize and repair your system, and perform numerous routine maintenance operations with the click of a button! 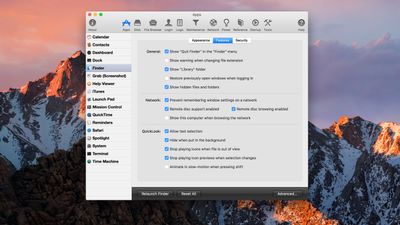 Our users have written 1 comments and reviews about MacPilot, and it has gotten 8 likes

MacPilot was added to AlternativeTo by LogicX on and this page was last updated .

Macpilot is what I call "cripple ware" because the developer cripples it from working in newer versions of macOS. I had Macpilot 8, but it stopped working in Sierra. I'm sure most functions would have continued to work just fine. I contacted the developer, Josh Hoggan, about this, but it took him 2 months to respond. He was offering a good discount on version 9, so I went ahead and bought it, even though I wasn't happy about it, because Macpilot does its job well. It saves me from having to look up the proper defaults write commands to tweak my system. I recommend that the developer put a disclaimer on the splash screen that older versions of Macpilot may not work 100% in never versions of macOS--use at your own risk. After all, if users paid for a stand-alone license, not a subscription, they should be able to use it as long as they want.

Josh said he crippled MacPilot for liability and insurance reasons, even though his EULA contains a Disclaimer of Warranties and Limitation of Liability statement. He also said it took him so long to respond because he's a one-man show. Then he had the gall to delete my whole support ticket because he thought it was a duplicate of another one (it was not). This is the last version or product that I will ever again buy from Koingo.