What is KDE Plasma Workspaces?

Plasma Workspaces is the umbrella term for all graphical environments provided by KDE. Plasma separates components into "data engines" and their visualization counterparts. This is intended to reduce the total programming effort when there are multiple possible visualizations of given data; and to make it easier for the data engine and the workspaces to be written independently. Currently there are three workspaces being developed: Plasma Desktop for traditional desktop PCs and notebooks, Plasma Netbook for netbooks, and Plasma Active for tablet PCs and similar devices.

Plasma features containments, essentially an applet that contains other applets. Two examples of containments are the desktop background and the taskbar. A containment can be anything the developer wants: an image (either raster graphics or an SVG image), animation, or even OpenGL. Images are most commonly used, but with Plasma the user could set any applet as the desktop background without losing functionality of the applet. This also allows for applets to be dragged between the desktop and the taskbar (two separate containments), and have a separate visualization for the more confined taskbar.

A key component in the KDE workspaces are the widgets, the basic "building blocks" of the desktop infrastructure. Widgets power everything, from a weather forecast on your screen to icons, application menus and panels. Adding and removing widgets is extremely easy, so the desktop can be tailored exactly to your needs and desires. You can share your preferred widgets on a local network, access widgets shared by other users and download new widgets with a single click as they become available from the KDE community.

In addition to "native" Plasma widgets, the KDE workspaces also support third-party widgets including Google Gadgets, Superkaramba, Enlightenment 17 Edje content and some MacOS X Dashboard widgets. It has also the ability to display web sites and other web content directly.

The term "KDE Plasma Workspaces" is no longer in use anywhere with the release of KDE Plasma 5 in 2014. It has been broken up into multiple components; the important ones are already in the AlternativeTo database (e.g. KDE Plasma). 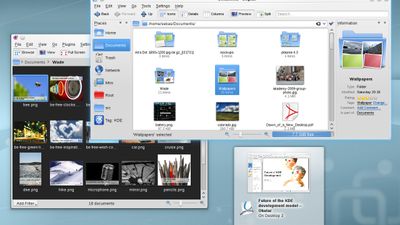 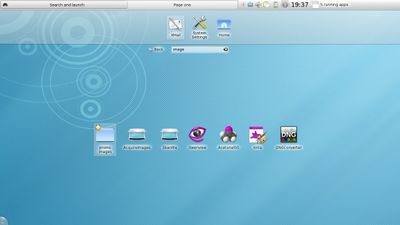 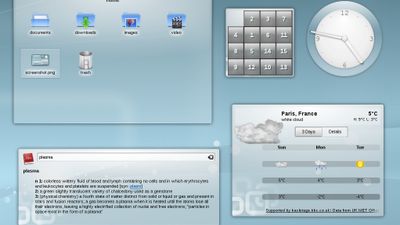 Our users have written 0 comments and reviews about KDE Plasma Workspaces, and it has gotten 10 likes