HyperNext Studio is an easy to use software creation system that allows hobbyists, students, educators, in fact almost anyone, to quickly start building their own software that works.

The HyperNext interface has just one design window and simple toolbar, and three modes: Design, Preview and Run. Controls such as buttons can be rapidly placed and their English-like scripts edited with its easy to use Script Editor.

Easy to use and great for beginners. Many working examples to get you started. Simple interface - a Design window and one Toolbar. Interface has three modes - Design, Preview and Run. HyperNext builds applications for both Mac & Windows. HyperNext has versions for both Mac & Windows. Mac versions run on both OS X Leopard and below, and Mac Classic OS 9. PC version runs on Windows XP and Vista. PC HyperNext Player runs on Windows 98 and later. Expandable using HyperNext Developer plug-ins. 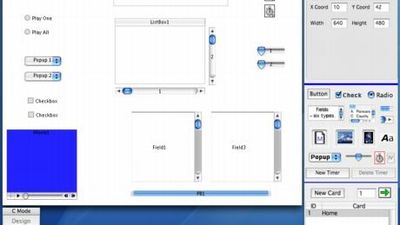 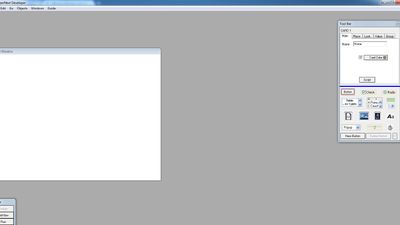 Our users have written 0 comments and reviews about HyperNext Studio, and it has gotten 2 likes