Greasemonkey is a Firefox extension that allows you to customize the way webpages look and function.

Hundreds of scripts are already available for free. And if youre the tinkerer sort, you can also write your own.
Show full description ▾

a bid for control

Greasemonkey has become bloated in recent years and can be quite the resource hog even with only a handful of scripts installed. There's also been some interface changes that have drawn complaints. And to be fair, regardless of whether those changes are good or bad, you have to wonder about the developer's priorities when there's so much attention being paid to the aesthetic of the addon instead of making it a priority to optimize its performance.

Don't get me wrong -- I was a huge fan of Greasemonkey for many years to the extent that I accepted the negative impact it and my userscript collection had on my browser's heavy CPU/RAM usage because it provided functionality that I couldn't live without when it came to using countless websites.

With that said, the arrival of the new userscript engine/manager, Scriptish, has shown it to be doing everything right that Greasemonkey is doing wrong. Specifically, it's considerably more streamlined and slicker and you can tell the difference right off the bat. Ironically, Scriptish is a fork of Greasemonkey (i.e. based directly off of its open source code) and so it just proves that Greasemonkey could be in better shape than it is because in a way Scriptish is Greasemonkey.

Bottom line... if you're going to use userscripts on your browser, go with Scriptish. Greasemonkey is still in the game, but if they don't get their act together, Scriptish will ultimately become the "Greasemonkey Killer". In fact, I was blown a way that the number of likes for Scriptish is still in the single digits here on aTo compared to 150 or so for Greasemonkey considering how users over at the addons.mozilla.org community have been becoming Scriptish converts in droves.

Last updated on Jun 14, 2013 which is discontinued

used to be very good userscript manager for firefox but since it was moved into webextensions, it was lacking on features which makes tampermonkey better alternatives 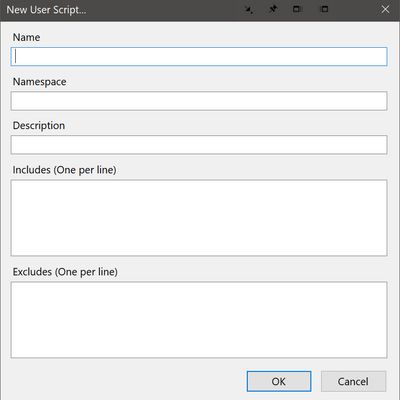 Our users have written 3 comments and reviews about Greasemonkey, and it has gotten 383 likes