GNotes is an Android notepad/notebook that can synchronize with Google GMail.

GNotes is a notepad design in mind for easy note-taking. What it do is to help you taking notes easily on mobile phone and sync all of your notes with GMail. You can easy access your notes online, and you'll never loss it!
To sync with your GMail, please check the FAQ.

For some reason, I started getting many "to-do list" items in my Google email account, but often wanted to edit/update the data in the email — which can't be done, (obviously), after an email leaves its "draft" state and is sent. (This is a "note-to-self" type of reminder, emailed to my own account, that is).

It syncs with Gmail (on android only), and thus allows you to edit emails' contents. (Note/warning: doing so will change the date/time stamp of the email, each time you edit it in gNotes; and, it will strip the text of most/all formatting, leaving just a plain-text type of format).

This — believe it or not — does have its usefulness.

However, the iOS app doesn't have this functionality.

Too bad... since most of my time is now on an iPhone. I've since switched over to "Google Keep," which has its "reminder" system to integrates well with Google Calendar, and seems to have all the features of gNotes, (and then some!)...

However, for anyone who might use their gMail account as an "Evernote-like" archival system — which, (not stated earlier), is very useful primarily for Gmail's SEARCH functions, and its unparalleled TAGGING functions — then, I'd highly recommend trying to integrate the gNotes android app, in conjunction with Gmail syncing.

One final word, (for anyone who is interested in trying this "Gmail sync" method):

The Gnotes app will only sync with emails that are tagged with Gmail's "Notes" label/tag. Also, a few years ago, I had a huge fiasco of syncing problems and inconsistencies, when I had dozens and dozens of notes syncing between gNotes and Gmail.

Solution: only tag (with the "Notes" tag) the Gmail messages you want to edit, and then sync them over to gNotes, temporarily or as a "need-be" basis. Gmail's power-searching functionality is capable to locating any archived notes; and, should you need to add (or remove) any info, later, then just tag the email-note as "Notes," sync it in the android Gnotes app, and... away you go!...

It's simple, and it syncs with gmail to back up your notes in a gmail folder. That way it's included when you search gmail. I think you have to pay if you try to sync more than one device. Doesn't give any error, but just won't connect. Premium option is sync on more than one device, I just wish I could get an error message that tells me, instead of thinking I'm doing something wrong.

I don't believe this app is supported any more. I know some folks at Appest (who own GNotes) and am trying to work with them to understand what the deal is. I just upgraded phones, and my account is not syncing. i.e It's allowing me to have TWO email addresses in their system. I'll post up what I find/

Stay away from this app. They lost their Gmail/Login rights and scores of people lost years of notes.
Gnotes never informed users of the issue, nor do they respond to requests to at least get the years of data lost. In addition, they are still selling the software on Google Play. We filed an unlawful activity report on them with Google Play.
In my case, it was years of notes for community service notes helping unfortunate ones.
Instead, they kept funds, and opened up a new "storefront" as "TickTick"
This is a growing pattern of the bait-and-switch tactic, and the second time we've been burned by software developers on Google Play. Based on years of experience, I recommend avoiding the company Appest offerings (Gnotes), as well as the new face, TickTick.

This is exactly the problem I'm facing now, I was trying to send in an email to complain and stumbled across this comment. I can't get into my account and there was so many years of information in my gnotes.

To any of you who sign in to GNotes with Gmail. All of your notes is in your mail box. Type "label:notes " in the search box or locate or locate the label "Notes" on the left side panel. You don't lose your valuable notes. You can't sign in with your Gmail anymore but all your notes are still there.

To nosxman · Dec 2019 and his comment that all your notes are still there. No, they are not.
If you installed Gnotes and signed in using Google, there is no way to sign in anymore. Thus, all your notes are efectively lost. This is verified from the maker of GNotes.
Next time, a little more throughness and accuracty please.

Gnotes' Android app is perfect - fast, nice-looking, has lots of features - but the web interface is very basic. You can't switch between views, search notes, or delete notes from the main page.

If only they would redesign the web interface and add more features, I would use Gnotes as my default note-taking app.

It is supposed to sync with the Note label while in Gmail but that has been spotty. There may be a setting that works - let me know if you find it. In the meantime the sync to the web site is good. Using gnotes is useful to keep track of projects because you can upload files, modify them, 'paint' them, click icons to insert the date and time, set reminders, insert links etc 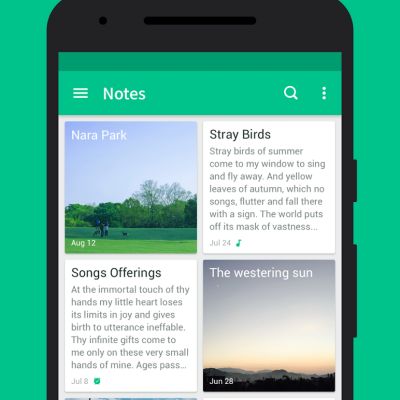 Our users have written 6 comments and reviews about GNotes, and it has gotten 22 likes

View all
GNotes was added to AlternativeTo by romanscholl on Dec 2, 2011 and this page was last updated Apr 12, 2021.