What is Doki Doki Literature Club!?

Doki Doki Literature Club! is a visual novel, as such, the majority of the gameplay consists of the player reading the game's story with little impact on what direction the plot takes. The game features a mostly linear story, with some alternate scenes and endings depending on the choices the player makes.

[This game is not suitable for children or those who are easily disturbed.] While it appears at first glance to be a lighthearted dating simulator, it is in fact a psychological horror game.

The story follows a male high school student who joins the school's Literature Club and interacts with its four female members. At certain points in the game the player is prompted to make decisions which may affect how the story progresses. The game also features a poetry writing mechanic as part of the Literature Club. The player is given a list of various words to select from that will make up their poem. Each girl in the Literature Club has different word preferences, and will react when the player picks a word that they like. Additional scenes can be unlocked for each girl if the player writes poems targeted at that girl's tastes, and chooses the correct dialogue options. 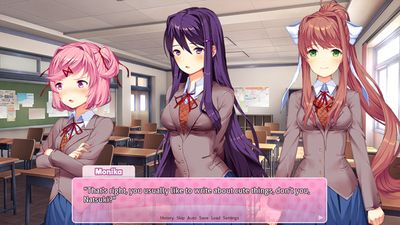 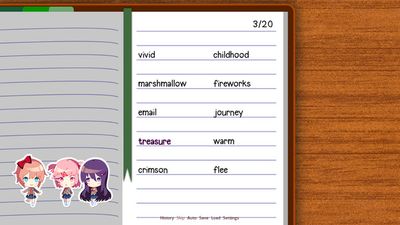 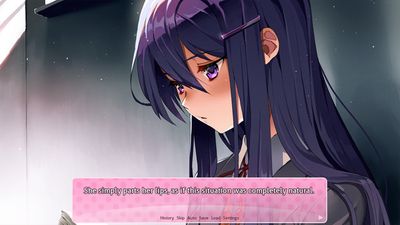 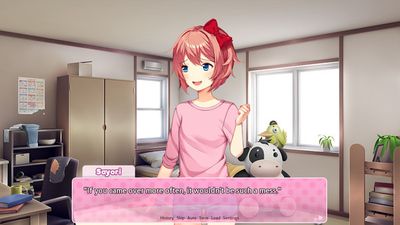 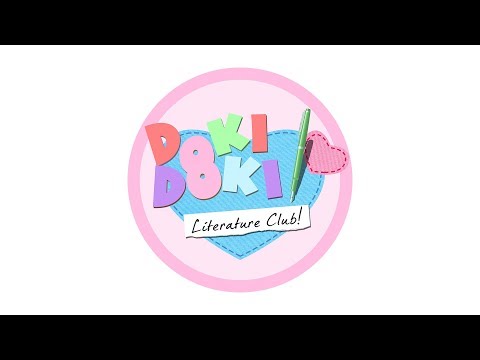 Our users have written 1 comments and reviews about Doki Doki Literature Club!, and it has gotten 3 likes

I like it cause it's based on anime and has 2 different topics cute and scary i mean who doesn't like some spooks once in a while?