Dart (originally called Dash) is a Web programming language developed by Google. It was unveiled at the GOTO conference in Aarhus, 2011 October 10-12. The goal of Dart is "ultimately to replace JavaScript as the lingua franca of web development on the open web platform."

Motivation: Dart is intended to solve JavaScript's problems (which, according to a leaked memo, cannot be solved by evolving the language) while offering better performance, the ability "to be more easily tooled for large-scale projects" and better security features. Google offers a cross compiler that compiles Dart to ECMAScript 5, for compatibility with non-Dart browsers. Google also plans to integrate a native VM into Chrome (there is now a Chromium branch available) and encourage competitors to do the same with their browsers.

Compilers: dartc compiles Dart to plain JavaScript. Frog is a new Dart compiler written in Dart; while it does not yet have all the capabilities of dartc, it generates much more optimized code. On November 18, 2011, Google released Dart Editor, an open-source Dart editor based on Eclipse components, for Mac OS X, Windows, and Linux. 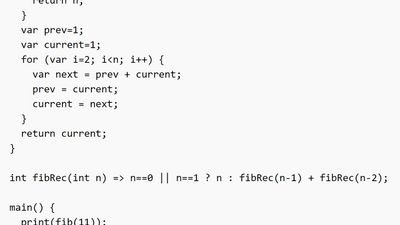 Our users have written 2 comments and reviews about Dart, and it has gotten 74 likes

Dart was added to AlternativeTo by mer30hamid on and this page was last updated . Dart is sometimes referred to as Dash.

According to google, JS cannot be evolved much further, yet somehow Dart can effectively be interpreted into clean JS... makes no sense. Perhaps it was nothing more than a (mostly failed) attempt at replacing the standard so that google would own a language used as widely as JS. It seems GO may of been try #2 for attempting that, which is more widely used, but still far from being a web standard equivocal with JS. Stop trying to own the world Google, don't yall have enough? 🙄

Google replied: No...all your code-base are belong to us.

Said about Dart as an alternative

Same use, but better syntax.