ArchStrike is a penetration testing and security layer on top of Arch Linux done the Arch Way and optimized for i686, x86_64, ARMv6, ARMv7 and ARMv8. We follow the Arch Linux standards very closely in order to keep our packages clean, proper and easy to maintain.

Our team is working very hard to maintain the repository and give you the best ArchStrike experience.

If you find any issues, please don't hesitate to contact us via github, IRC, twitter or email. Any feedback is appreciated.
Show full description ▾

While BlackArch is a full distro, Archstrike follows the original (barebones) philosophy of the original Arch, where users must know what packages they want to install, have the ability to use the pacman package manager, and hopefully the Arch User Repository (AUR). This is a great way to get mad linux skillz, yo, and bragging rights! On the other hand, beginners can start with a full install of BlackArch, while knowing relatively little about linux, I'd say much like the infamous Kali. But, if you're strictly interested in a career in compsec, I hate to disappoint, but it's mostly about filling out TPS reports: Filling out paperwork. But in case you want or need to show you're not just a script-kiddie who downloaded Kali and watched some YouTube videos, ArchStrike would be your platform. Maybe at some "hacker-con" convention, you will run into someone who will know, and/or even might care! Just don't try installing it on WSL2, the ?h?o?n?e?y?p?o?t? , uh, I mean the compatibility layer for running Linux binary executables on Windows 10. 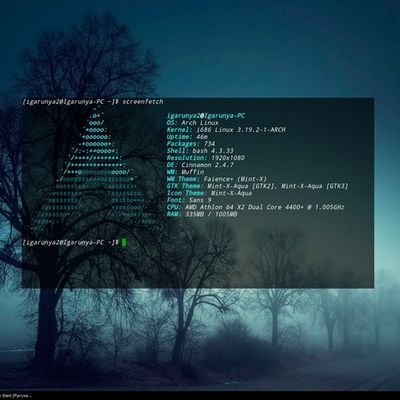 Our users have written 1 comments and reviews about ArchStrike, and it has gotten 0 likes