Apertium is a rule-based machine translation platform. It is free software and released under the terms of the GNU General Public License.

In addition to translating through the web page, you can download and run the translator on your own machine, both on Windows, Mac and GNU/Linux systems. 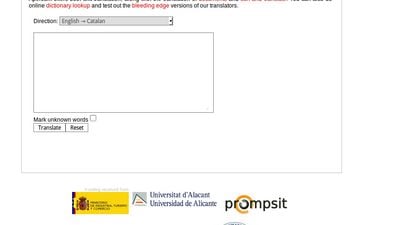 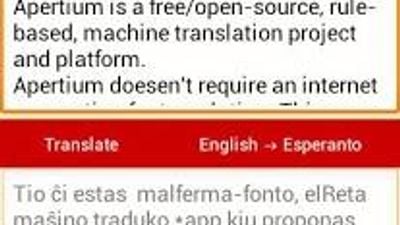 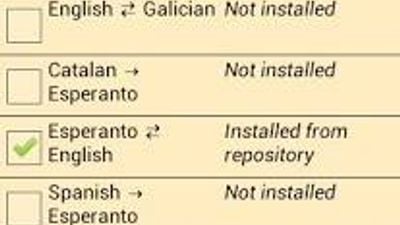 Our users have written 1 comments and reviews about Apertium, and it has gotten 44 likes

Apertium was added to AlternativeTo by kiwibird on and this page was last updated .

its super limited, you cant translate everything only a few selected language.

Indeed, especially for English speakers. For example, there does not seem to be any option for translating from French to English. Not a criticism - more an admission of how monolingual English-speaking peoples are! - and to save others time.

Said about Apertium as an alternative

Apertium is a rule-based machine translation platform. It is free software and released under the terms of the GNU General Public License. Languages supported in...

It manages more than 10 languages to translate to. Although some combinations of languages are permitted.

GPLed, free-libre open-source software. So, not ending in the same problems as with Google (which is the case for DeepL).

How to live without Google •  My FLOSS list •  Web Apps •  Translators