The “AndroVM” initiative aims at providing a “as good as possible” support to run Android in Virtual environments. It’s the follow-up of my previous work on Buildroid. Even if you used my previous VM, please read these instructions as many things may have changed (networking, storage, video, …).
Show full description ▾

AndroVM is now owned by Genymotion

Compared to the only other options for Android Emulation on Linux this is by far the best.

The Google SDK ARM Emulator is slow as heck(unless you have a super PC) and I hardly consider it usable. Requires some decent effort to get your first VM setup and it's just a hassle. Unless you really need to make sure your app is working right on ARM(and you don't have an actual Android device) I recommend avoiding it.

Android-x86 project is far from the best choice for Emulation as well. Sure you can manage to run it in a VM(with effort) like VirtualBox but you'll end up with endless glitches, bugs, and crashes since VMs aren't officially supported by the project(their aim is for actual x86 hardware, not emulated hw). So in the end this option is dead last in my opinion.

Finally, we have AndroVM which works on Windows, Mac, and Linux. You will need to have VirtualBox already installed and setup but that's hardly difficult even for a Novice. After VB is setup you just Download the VB OVA file and the AndroVMplayer archive. Import the OVA file (aka:"Appliance") into VB and then you can close VB. Now just extract AndroVMplayer and run the program. It should detect your VM and then you just need to select the Resolution you want, make sure your VM is selected, and hit "Run". It should finish the last configuring of your VM and then it should boot.

AndroVM is a x86 emulator so normally not all apps are compatible but thanks to the Dev's clever porting of Intel/Google's libhoudini ARM translator many ARM apps(including AngryBirds) now work. The lastest version is based on Android 4.1.1 Jellybean so more bonus points there. Also, when you download the OVA file you can choose to get one that has Flash and Google Play Store already installed and configured, so you can then Login with your Google Account and get all your Paid and Free Apps. It's pre-rooted and includes Superuser, but you can install SuperSU from the Play Store and it works fine. It runs as fast as any x86 OS does in an Emulator which is pretty good(much better then the Google SDK). It's not as convenient as BlueStacks since you can't launch straight into an app and instead have to boot the Android OS first, but in a way that's also an advantage, especially when you're developing apps. Sound Output works great so Music apps and Games are audible, and there's preliminary Audio Input support but it's still a little buggy. I've had issue getting Video playback to work right but other people have reported no issues, so you'll have to see how it works for you.

So far as far as Cons go I haven't found much. There are some Bugs here or there and some niche features I'd like to see implemented but overall AndroVM covers all the bases needed for a decent VM.

The Conclusion:
AndroVM is as quality as it gets for Linux right now and it's dedicated developer keeps it up to date and the bug fixes consistent. The dev responds to the community's suggestions well and often implements fixes and urgent features in a timely manner. The VM is fast and has little lag and has a simple UI. As always when it comes to emulators the PC determines the end performance, but even on my 6+ year old Laptop with 4gb RAM and Intel Core Duo CPU(with practically non-existent GPU), AndroVM runs quite well. 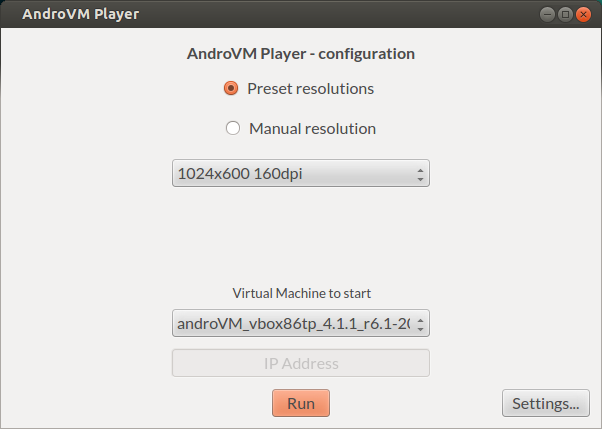 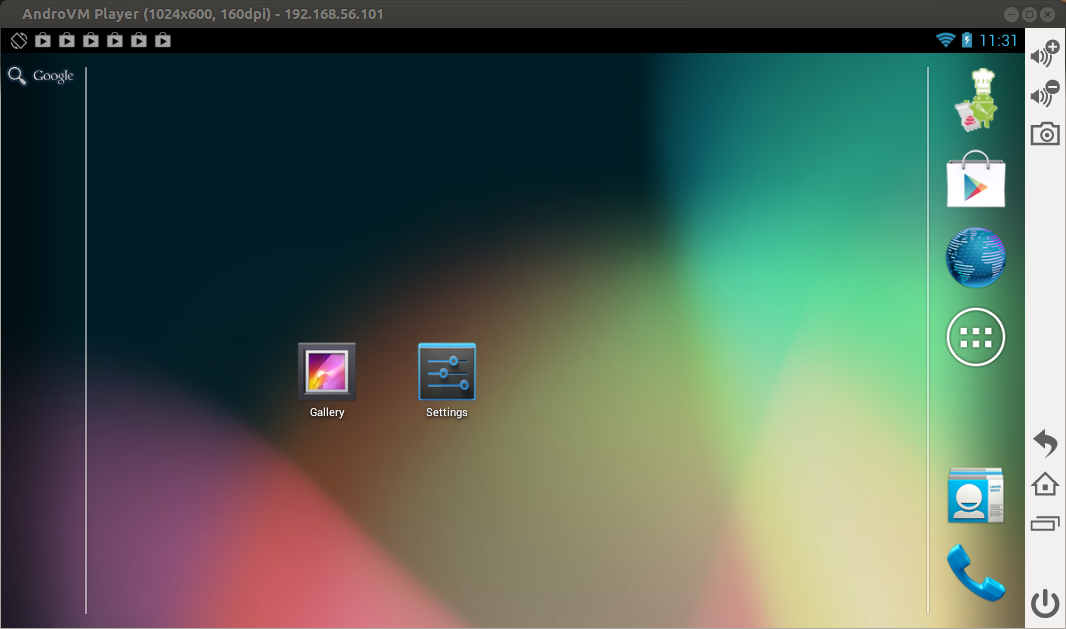 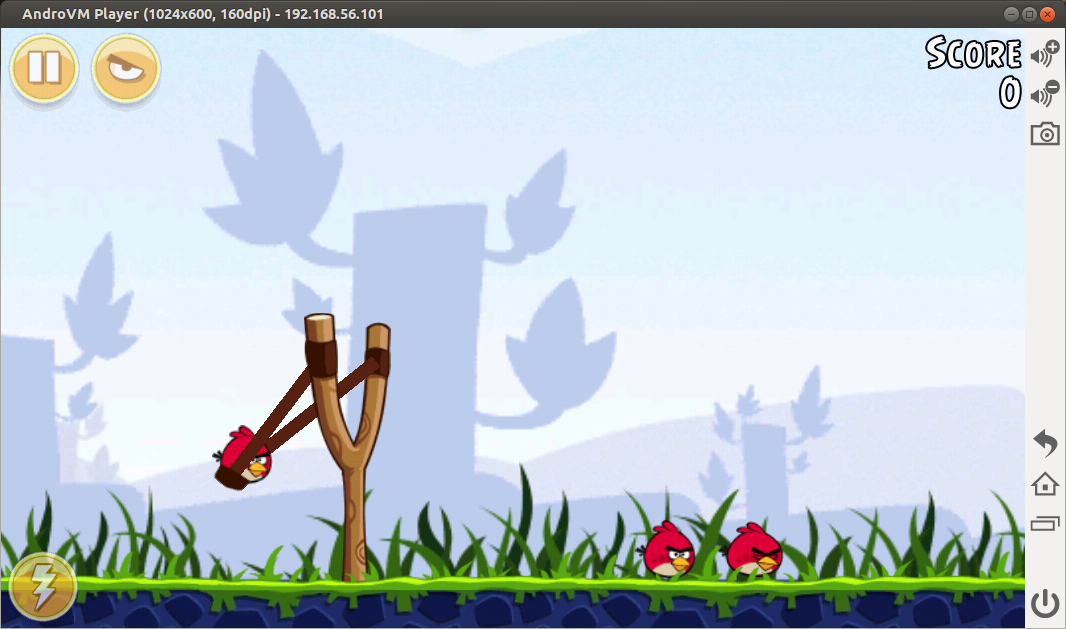 Our users have written 1 comments and reviews about AndroVM, and it has gotten 7 likes