Bring your game ideas and concepts to life with 001 Game Creator, which gives you the power to create a variety of game genres. With simple point-and-click scripting, and high customisability of characters, monsters, items and magic, you can make anything possible. Will soon support mobile platforms.
Show full description ▾

not for beginners, hard to learn the engine as it just have small number tutorials that even don't go deep enough
just advanced guys can handle it pains who have experienced with other engines, although they will still get stuck

and also don't think their support team will help u much (as i mistaken this), for more than simple/easy things, they will show u the one on one learning that would cost 40$ for just one hour (it's better say they create just a few tuts to use this tricky way for more money)

just ask them about their top good made games by this engine, u will see some simple/easy game or they have putted much much times on it (if they could handle it pains or bugs )
most of the likes are old & dated, those likes are for when it was a free engine that hobby developers came to this for fun and spare times, now their community is small and more than half of discord members don't participate and left the engine (don't mistake by this too)

also if u are a mobile developer, u must know that there isn't support for IAP / Ads
and if u encounter to a bug for ur game which the fault is by engine itself, even if they solve that after 1 week, u still need wait until next update for engine and maybe u have to wait even for 1 month, they don't care about that ur time is wasting

i'm trying to keep it with less words so i'm don't saying any more (if u wanna more, tell me)

The website requires you either to be a site subscriber, or to buy the product on Steam. It is not free to use. 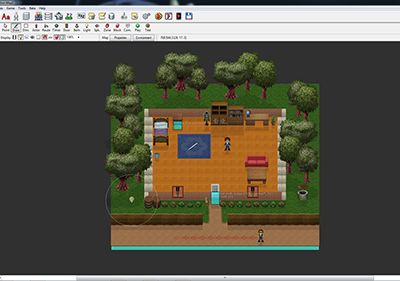 Our users have written 3 comments and reviews about 001 Game Creator, and it has gotten 23 likes