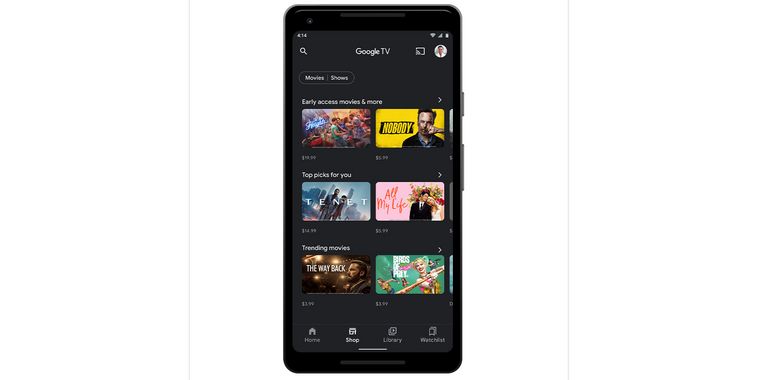 Google fully removing the Movies & TV section from the Play Store in May 2022, replacing with Google TV

Google has announced that it is fully moving forward with shutting down the Movies & TV section of the Google Play Store and making the recently launched Google TV service the only place to purchase movies and television shows from the company.

The announcement comes in the form of a support article, which states that as of May 2022,

Android devices will be required to use Google TV to purchase movies and television from the search engine giant. After this point, the

As of this writing, the Play Store will continue to distribute and sell apps, games, and books (via the

Google Play Books section of the store). In terms of functionality, Google promises feature parity with Google TV, "with the latest new releases, rentals, deals, and great recommendations." Additionally, any movie and TV content purchased via the Play Store, as well as Play credit and gift cards alongside the wishlist, is now accessible via Google TV. Family sharing functionality is also still available.