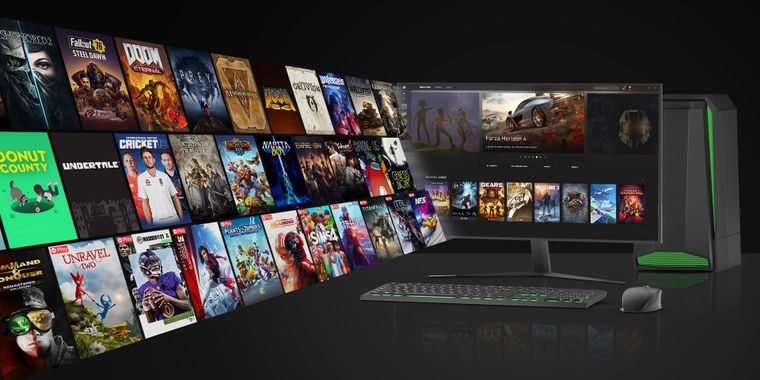 about 1 year ago by IanDorfman

Microsoft is looking to better cater video game enthusiasts that use Windows on their PCs. Its initiatives include reducing its revenue cut on software sold via its app store as well as further integration into its Xbox ecosystem.

In a post on the official Xbox website, Xbox Game Studios Head Matt Booty described Microsoft's multiple steps towards improving its handling of gaming on

Windows 10. This includes distributing the company's first party games on non-Microsoft storefronts such as

Steam, where multiple iconic franchises such as

Halo have topped sales charts since their release.

On top of selling games on other storefronts, Microsoft is aiming to improve its own app storefront to be more competitive and attractive to software makers. On this front, Booty announced the following:

"...starting on August 1 the developer share of Microsoft Store PC games sales net revenue will increase to 88%, from 70%. A clear, no-strings-attached revenue share means developers can bring more games to more players and find greater commercial success from doing so."

Epic Games Store in terms of software profitability for software developers. Both of these storefronts feature only a 12% cut versus the industry standard 30% cut found on dedicated video game consoles as well as

Booty closed out the PC gaming announcement post by stating that Microsoft will announce more about its initiatives in the second half of 2021, when the company's "work across the entire PC ecosystem has the potential to come together in a way that propels the industry forward and brings great games to more gamers around the world."

A world of apps in the Microsoft Store.