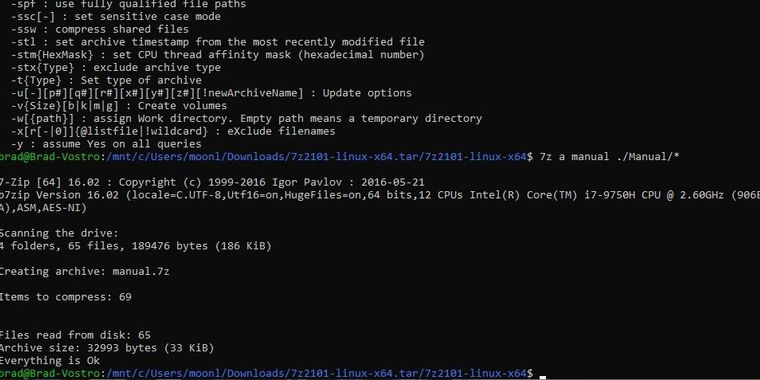 about 1 year ago by IanDorfman

7-Zip is now officially available for operating systems powered by the Linux kernel.

7-Zip, Igor Pavlov, has announced and released a Linux version of the popular file archiver, extractor, and manager. The first release with a Linux version, 21.01 alpha, is now available for computers running on 32-bit, 64-bit, x86, and ARM-based processors. As it's a first version, it is currently only functional via the command line. That said, it can perform all of the functions of the Windows version, which also happens to have a command line interface in addition to its default graphical user interface.

p7zip, but also states that his official release is "not identical."

Download links for each processor type, as well as instructions on how to compile, can be found on Pavlov's official announcement post on the SourceForge discussion page for 7-Zip.

7-Zip is a file archiver with a high compression ratio.