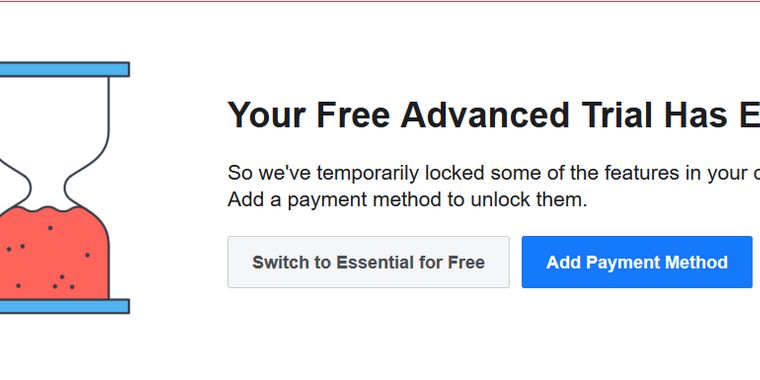 UPDATE: A spokesperson for Workplace has reached out to us with the following statement:

"Last year we announced an update to our pricing and packaging. As part of this we moved from two tier offerings (one free, one paid) to three (one free, two paid). CERN was originally on our Premium tier for free, and we asked them to either pay for the technology or downgrate to our free tier. They declined for cost reasons.

In October 2019 the new tiers came into effect. As part of our update to our prices, we introduced our new free tier, Essential, which customers could join on the same terms as our paid tiers. In all three current tiers (Essential, Advanced and Enterprise), Facebook acts as the data processor, and our customers act as the data controller. Our customers retain all rights, title and interesting (including intellectual property rights) to their data.

CERN saying that they were given a choice to pay or lose their administrative and data rights to Workplace is not accurate. They could join Workplace today on our Essential tier, which would allow them to use Workplace for free and retain the same admin and data rights.

We make it easy for Workplace customers to upgrade and downgrade based on their organization's needs. Each pricing tier comes with different features and terms, all of which adhere to our strict security and privacy standards. We serve thousands of highly-regulated companies, like banks and governments, and have industry-standard security certifications like SOC2, SOC3, ISO27001 and ISO27018. We also offer our technology for free to global charities, educational institutions and emergency services organizations through our Workplace for Good program."

The original article with no modifications follows:

A major client on the world stage has dropped Facebook's business communication service in lieu of open source alternatives.

The CERN European Organization for Nuclear Research has finished utilizing Facebook's Workplace platform for internal team communication as of the end of January. It will instead utilize 2 open-source replacements to facilitate these communications.

The main driver of this decision is due to Facebook's shift in monetization for its Workplace service, with its paid account plans restricting what were once free features behind a paywall. Facebook offered CERN a choice to start paying to retain its existing feature set or downgrade to the new free plan. This plan would have removed single sign-on access, revoked administrative rights, and, most importantly, sent all data to Facebook. As CERN states:

"Losing control of our data was unacceptable, as was paying for a tool that was not part of our core offering for the CERN community; therefore, we will end the trial of this platform."

The first of these replacements,

Mattermost, will be used for real-time online chatting between CERN team members. Mattermost will be used by CERN in order to replace the private and public group messaging that existed before the move.

Discourse, will be used for more formal discussions and decision making. This will allow for the retention of information that can be referenced down the line for future decisions and discussions. Discourse has also already been in active use by some portions of CERN as a platform to facilitate question and answer sessions, including the CERN market and ROOT community.

Connect everyone in your company and turn ideas into action. Through group discussion, a personalised news feed, and voice & video calling, work together and get more done. Workplace is an ad-free space, separate from your personal Facebook account.