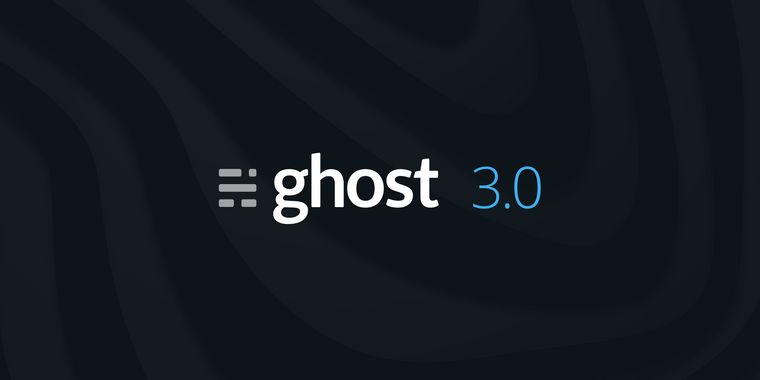 Ghost 3.0 features over 15,000 commits, has raised $5 million while staying independent

Online blog writing and publishing platform Ghost has announced that version 3.0 is now available and features over 15,000 commits across 300 releases. Also, the platform has made $5 million USD in revenue while still remaining an independent non-profit that releases open-source software.

In an official blog post announcing and detailing the release,

Ghost Founder and CEO John O'Nolan provided a quick summary of the history of Ghost starting from its idea planning stages 6 years ago leading up to today's 3.0 release.

Ghost 3.0 includes two major implementations: built-in support for premium and subscription-based publishing for companies and other groups to sustain themselves financially via their user bases, and a completely new approach to the platform's technical architecture, moving away from dynamic apps that rely on caching to static sites with dynamic features.

Patreon to financially sustain themselves. According to O'Nolan, Ghost is "the first totally independent product out there" that integrates this support while primarily serving as a writing and publishing platform.

In addition to these two major implementations, smaller quality of life changes have also been made available, such as support for GitHub Actions enabling continuous custom theme update syncing and an overhauled

Full details on what Ghost 3.0 includes can be found on a dedicated page on Ghost's official site. Anyone that subscribes to Ghost via their Pro service has already been upgraded. For users that self-host and have followed Ghost's official setup guide, the development team has set up a webpage to explain how to update your installation.

The world's most popular modern publishing platform for creating a new media platform.