The YAZIO app is the perfect tool for losing, gaining or maintaining weight. It is a food diary and calorie counter app where you can track your food easily and precisely by selecting it either from the large database or with the help of a barcode scanner. It helps you to reach the goals you've entered and makes it easy to control your diet. It also includes healthy recipes and the possibility to track macros.
Show full description ▾

Beautiful and better than the rest. I've tried many calorie counting apps, and this is the one most similar to MyFitnessPal - and even improves upon it. I switched to Yazio from MyFitnessPal, because MyFitnessPal does not get "active energy" figures from the Apple Health app, and so it doesn't get any calories burned information from my activity tracker band, whereas Yazio does get this information.

Yazio is visually elegant, while giving you all the information you need on the main screen: calorie limit, calories eaten, calories burned, calories remaining, and (graphic) percentages for carbs, protein, and fat.

If you find some entries in the food database are inaccurate, there are two ways to avoid using bad data in Yazio or similar apps. The first is to use the check-marked entries, because the non-check-marked entries were entered by random users. The second option is to enter food information yourself using USDA or other official databases, including your initials or some other identifier in the names, while not setting it "visible to all users" (because then other users could edit).

If you only want to track calories and macros, then you can use free app without a subscription, and it's quite nice. Plus, you can use the bar code scanner (but beware user data entry errors), and the scanning works much better in Yazio than MyFitnessPal, in my experience. The scanner in MyFitnessPal takes a long time to lock onto the code, though of course once it sees the code, then it has a larger database than Yazio.

One thing I really don't like is that if you type the name of a food and it's actually a recipe (a combination of foods that you've entered), then it won't find it unless you switch to the recipes tab in the search bar - and then it loses the text you just typed. For example, if I search for "Stir Fried Chicken and Broccoli" in the food tab and it fails to find it, then I have to remember that it's one of my recipes, switch to the recipes tab, and type it all over again. Cronometer and most other such apps get this right, not only finding the recipe in a general search but highlighting it in the list of possible matches.

Another thing I don't like is that for custom foods it has data entry cells for both sodium and salt, and while they are technically different (Na versus NaCl), this only confuses users. On some report screens, Yazio lists "sodium" while on others it lists "salt".

Despite the warts, I think this is the best calorie (and macro) counter app, especially if you don't want to pay.

the YAZIO-app has helped me a lot on my weight loss journey. I love that it makes tracking calories and macros really easy and fast! The healthy recipes and meal plans are a great addition to the nutrition diary. Perfect app!

Said about YAZIO as an alternative

YAZIO offers everything that MFP offers as well and even has some additional features like meal plans or creating a grocery list. Personally I also prefer the design of YAZIO and find it more user-friendly.
Positive comment • over 3 years ago • as an alternative to

Food and nutrition tracking apps for Quantified Self 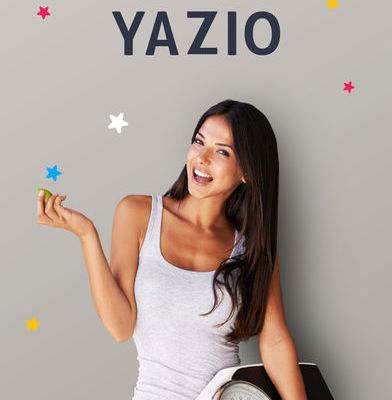 Our users have written 2 comments and reviews about YAZIO, and it has gotten 3 likes