What is WireTap Studio?

Record Anything. Using WireTap Studio, you can record the discrete audio output of any application, as well as all system audio, or record audio input from any microphone, line-in, or audio input hardware. If you can hear it, WireTap Studio can record it. Once you have recorded your audio, you can easily organize your recordings in the convenient Recording Library, and edit them with WireTap Studio's integrated lossless audio editor. WireTap Studio also boasts full Audio Unit effects support, for adding professional quality effects to your audio.
Show full description ▾

No longer compatible with Mac. Ambrosia said the software will no longer be updated and has been discontinued.

Unfortunately, this isn't about WireTap Studio per se; rather, it's about this site in general and a rather annoying UI issue I have noticed of late.

That, in my opinion, is an example a poor user interface.

I don't want that extra -- and completely unnecessary -- step. I should be able to directly select which OS I want, without having to go through a totally unnecessary secondary list that should not be there in the first place. As a Mac user, I am, unfortunately, used to stuff like that ... but that doesn't mean I like it, so if you could get rid of that extra step, that would be good.

Finally, for my opinion on WireTap Studio, I have never used it, never having upgraded from WireTap Pro, which did -- and still does -- work just fine for me on my two Macs that are running Mac OS 10.6.8 ... but I will need something for my iMac that runs 10.10.xx. 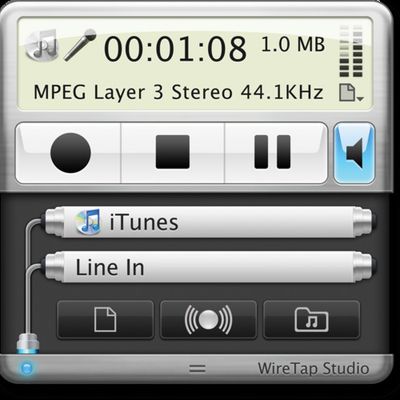 Our users have written 1 comments and reviews about WireTap Studio, and it has gotten 5 likes