TVersity Media Server is a software package that allows a personal computer to stream content to UPnP devices, such as the Xbox 360, PS3, and Wii, regardless of the codec limitations of the device. For example, the Xbox 360 does not support certain codecs or Internet videos such as YouTube. TVersity Media Server transcodes the video on the PC into a compatible codec and then streams it to the device. 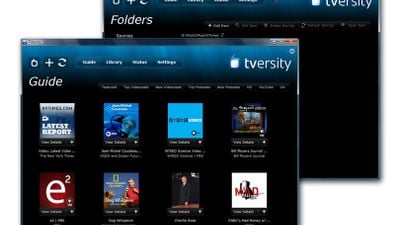 Our users have written 1 comments and reviews about TVersity, and it has gotten 37 likes

TVersity was added to AlternativeTo by tuvok4se on and this page was last updated .

TVersity seems to have been abandoned as a product and while the site is still wroking and you can still buy Pro licensing there is no active development.