What is Transport Fever?

Master challenges and get entertained in the campaign game mode. Two campaigns each consisting of ten missions with increasing difficulty can be tackled. Missions of the American and the European campaign tell the historical context of the 19th and 20th century and offer a wide range of real-world transportation challenges.

Both TF 1 and 2 is pretty good games for logistics / transportation geeks. The UI is a bit clunky sometimes and it can be hard to always get the trains to do what you want.

It's also a bit unbalanced as soon as you get your networks running you get loads of cash while in the beginning it's kind of hard to balance your checkbooks. 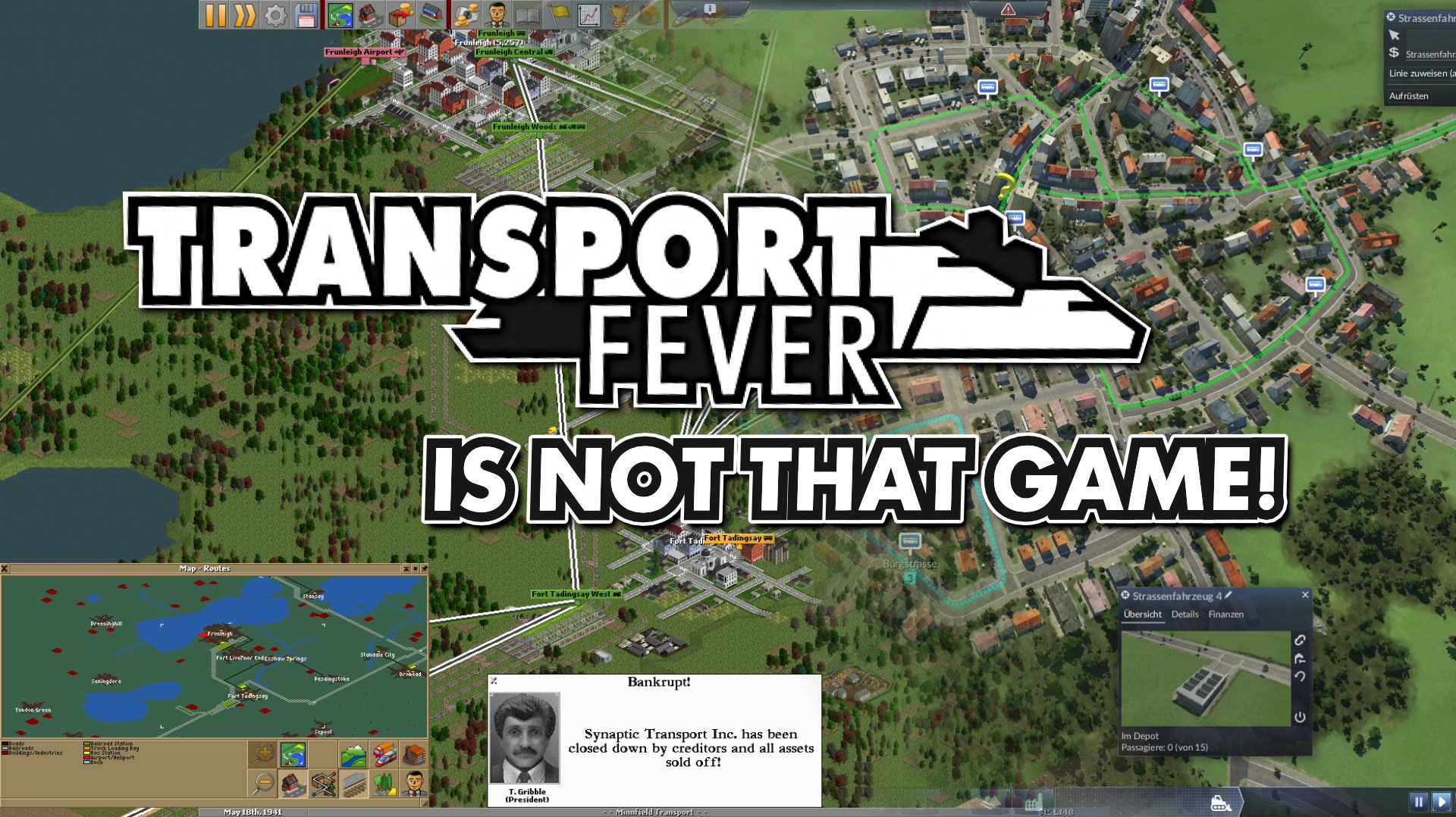 Generally, it's realistic Transport Tycoon Deluxe from 1850 instead 1925, and I will compare with it, because TF used it as a guideline and trying to recreate. But serious conses are there, which makes the gameplay different. But good finds are there too, I'll write about in the end of this review.

Well, you should understand me in the right way, developers made efforts to make this game highly similar to Transport Tycoon Deluxe. But what was good with isometric square-based landscape became terrible torment in dynamic 3D. For instance, railroad fork creation - you need more space around and connection should be with small angle, instead the game will not connect roads. There's unpredictable arc-based road system. Another big problem is height parameter. In most cases, you probably can't connect two points with optimal height. Mostly, you should build road with small segments. Like TTD, thinks? No, instead of TTD landscape surface in TF is rough and game trying to round ground under a road all time, another words, it's challenging to lay road over the surface. Yes, height affects speed and the game is trying to maximize speed parameter, but player should to make such decision personally. 5-10 km/h on small segment is not so big loss over fight with building system. And you should click extra buttons after each segment. Terraforming tools works like brush in sculpting 3D software. After all, you're laying roads approximately, by eye. Unfortunately, for a game in which you need to lay millions of kilometers of roads, this is a critical inconvenience, I think.

Personally, I can't understand, how it's possible to copy interface of TTD with preview windows, train editors and many other details, and don't make world map with Industry chains. The game even can't just navigate you to location without zoom in to it. It makes navigation hard as hell, especially in the begging on new generated map. Industries located on a huge distance from each other, and it's not easy to find where are nearest requirements. Mini-map with chains resolved this problem in original TTD, but here you spend a lot of time to flying around. Another problem, that icons of transport and production have distance of view, therefore you just can't see them from bird's view distance. Well, I realize, that there is lot of graphics, and DoF is necessary even on Ultra graphic settings, but icons (!!!), why not?

Life with no AI and common Feelings

Controversial, it's tycoon, it works and looks great. On other hand, you feels yourself extremely lonely in this empty world. No city authorities, no competitors, only you and hundreds industries and cities with extra large empty spaces between them. Transport are very-very slow in the beginning, even with 3 acceleration modes (don't know why 4 speed, you will use only two of them mostly), especially ships. It is necessary to be a very "special" person to spend tens of hours just to build a transport system in the world where nothing happens, except your own activity. Especially with the unfriendly road building system.

Of course, real vehicles, quality detailed 3D models in motion, what could be better for people who love history of transport, and want to see how changed the world during the time. It is a pity, however, that you can't get into the cabin or wagon to fell the atmosphere. At the maximum approximation, you can see the passengers sitting inside (the same who get in on a station, it's really cool!) and the driver, but only first person view from front of vehicle is available for player.
Line system instead TTD's Orders. You need create a Line only once, then any new transport could be assign/reassing to it. Lines are highlighted on the map, and it's very convenient, and it's better way than TTD has, in my opinion.
Pretty nice soundtrack, it could be played outside the game. Funk and soft rock composition in style 70-80s.

I put this game pretty high score 4/5, mostly because it's really hard work to create such detailed and well looking world, and I know how long developers made optimization patches for it. It deserves respect. But with no graphics, the game may get no more than 3/5. I even think that it's not quite a game, there's no game component, it's just a constructor.
If you like beautiful graphic, inspect each brick on a road, considers TTD as out-dated and have a lot of free time then the game could be good for you. The game has Camera mode (not active by default) to make virtual photos, so you can share nice look like professional photographer (but not from ground level because clipping). If not then OpenTTD is your choice.

Said about Transport Fever as an alternative

Ola It's a great game with loads of content, can be a bit repetitive after a while and and hard to keep track of everything.
Positive comment • almost 4 years ago • as an alternative to

Railroad Tycoon
It has better graphics, and better reality simulaton
Positive comment • over 4 years ago • as an alternative to

OpenTTD
Lemonaise Very similar feel to OpenTTD, yet I see no reason why you would choose it over OpenTTD.
Positive comment • 8 months ago • as an alternative to 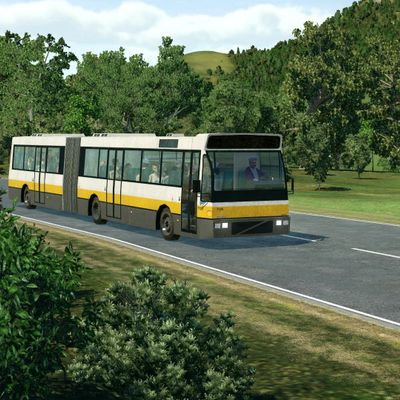 Our users have written 2 comments and reviews about Transport Fever, and it has gotten 8 likes