TidyTabs is a tool that brings tabbed browsing to all your programs. Ever wanted to have Chrome-style tabs in Windows Explorer, Microsoft Office or PuTTY? TidyTabs does just that. It integrates nicely with the OS and you will feel like the multi-tab functionality is a core part of Windows.

TidyTabs has been designed to interoperate nicely with AquaSnap, from the same author. Tabbed groups created with TidyTabs can easily be snapped, docked and tilled thanks to AquaSnap. Both tools are in fact very complementary and can permit you to achieve a major productivity boost.

Absolutely brilliant. Works with everything (except excel 2007 -bizarre malfunctions but at least it shows what files are open) (I'm using dozens of apps on Win8.1 on 3 monitors). Simple to set up (read the help links). Worth the $9. Wish I'd installed it years ago. Don't leave home without it. :-)

Man, oh man, I really did not want to have to write this review, but I feel like I've been cheated.

TidyTabs is a great idea ruined by too many bugs. The developer is more than happy to answer questions before you buy it but, once he has your money, becomes non-responsive. The program hasn't been updated in almost a year, is riddled with bugs, and does a poor job of dealing with multiple displays and resolutions. Windows fly around, resize on their own, get grouped under other tabs, interferes with application dialogs (it absolutely destroys MS Word), and windows are randomly minimized or moved to other displays.

There is no option for support, the "report a bug" feature merely opens up their FAQ. The only way to report is to send him an email, which is fine but, again, he ignores them.

All of this would be tolerable if the dev was at least half-way responsive and tried to provide bug fixes. Three stars for the app but it gets knocked down to 1 star for the non-responsiveness after purchase. As of now, go with Groupy instead. That has bugs, too, but at least Stardock tries to fix them.

thanks for honest review

Home page does not even hint at upgrade date.
Have to scan with VirusTotal to "discover" release date.
I am sceptical of developers who hide (IMO) important details ... like release/upgrade date

Free edition is crippled from the start:

PROS:
worth trialing the free version for several days/weeks, despite limitations
orphans + existing files are all recognized by TidyTabs
is worth a try, it might not suit everybody
renaming tabs is a god send (only in PRO)
$9 usd is a reasonable price (IMO)

CONS:
Always on top problem (my experience) is pest ... always on top is more important for me

The free version is limited to three tabs per window max and several other restrictions. It does not allow you to reorder or rename tabs, use middle-clicks to close tabs, and does not support multi-monitor setups. The pro version does away with all those limitations for a one-time payment of $9.00. 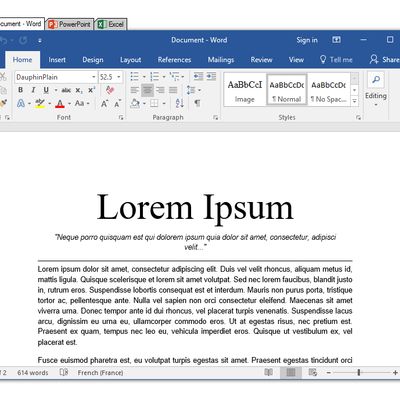 Our users have written 6 comments and reviews about TidyTabs, and it has gotten 32 likes