What is Tabletop Audio?

Tabletop Audio is the premier, advertising free / free-to-use, user supported ambient game audio site on the web. It has been nominated for the prestigious ENnie awards every year since it's launch and was awarded the Silver Medal for 'Best Website' in 2015 and the Gold Medal in 2017. Each year millions of tracks are played and downloaded on/from the site and the site is entirely supported by it's users. (Thank You!)

While it was originally developed as a resource for players and GMs of tabletop role-playing games, I have received so many emails from other types of users that I felt it was time to refine this section.

According to you all, Tabletop Audio is for: Role-players, boardgamers, writers, coders, artists, graphic designers, teachers, house-cleaners, lucid dreamers, gym-rats, distance runners, commuters and ANYONE who wants to immerse themselves in the audio-space of one environment, while physically inhabiting another.

On the main page, you will find over a 100 10-minute, situational audio files called ambiences (over 20 hours!). Press play. Listen.

Said about Tabletop Audio as an alternative

Like MyNoise it has the ability to synthesise sounds however these sounds can then be used by the maker. 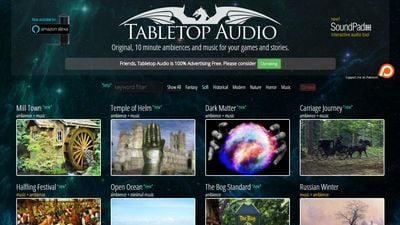 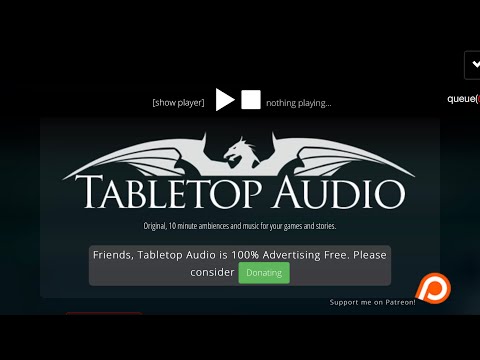 Our users have written 0 comments and reviews about Tabletop Audio, and it has gotten 4 likes

View all
Tabletop Audio was added to AlternativeTo by niltonql on and this page was last updated .