SocksCap intercepts the networking calls from WinSock applications and redirects them through the SOCKS server without modifying the original application, the operating system software or drivers.
Show full description ▾

Unfortunately the author announced that, due to problems with his hard-disk, all data were lost. So development for SSTAP and SOCKSCAP64 has been permanently stopped. Last SOCKSCAP64 version, 4.7, and last SSTAP version, 1.1.0.1, released in November 2017, can be still downloaded from the official website.

This is a great piece of software. I suspect that the developer got into some hotwater in China because technically, his software can be used to bypass the great firewall of China if you use a proxy.

Use it to configure desktop applications which doesn't support proxy settings to work through proxy server.

Said about SocksCap as an alternative

The same as Proxycap but free ;)
Positive comment • about 3 years ago • as an alternative to 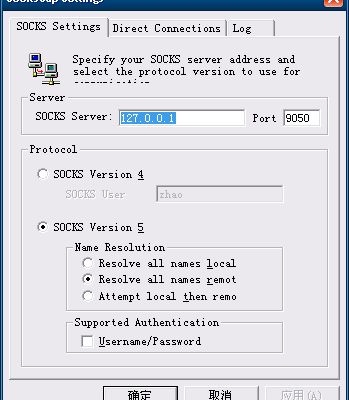 Our users have written 2 comments and reviews about SocksCap, and it has gotten 7 likes

View all
SocksCap was added to AlternativeTo by daisylinbluez on Nov 5, 2009 and this page was last updated Oct 11, 2021.