RPG 20XX is a redesign of RPG Maker 20XX... Which was an upgrade replacement for RPG Maker 2003's engine. This newer engine will have nothing to do with the RPG Maker series of engines apart from the familiarity of the editor and engine features.

RPG 20XX should provide lots of advanced features yet remain faithful to the retro scale of RPG Maker 2003. It should not require actual writing of program scripts and instead provide a clever implementation of a click-together event scripting system similar to the older RPG Maker engines. Most notably the ability to re-adjust the battle calculations purely through event scripting.

Lots of common tedium and annoyances of RPG Maker 2003 should be eliminated. RPG 20XX will provide global battle events for all battles, a quest system, simplified character development, local save variables per event, and other simple conveniences.

Lastly, there is a need for an engine that runs on older and more modern systems. A game created with RPG 20XX now will be much easier to get running again in the year 20XX later. All of this is currently licensed under the MIT license so you can check out the source code any time if you really wanted to. It will be a community project, free as in price and in freedom to create the RPGs in a fun familiar way like you always wished RPG Maker 2003 could do these days. 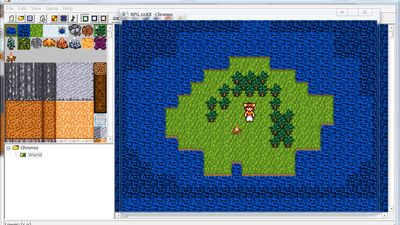 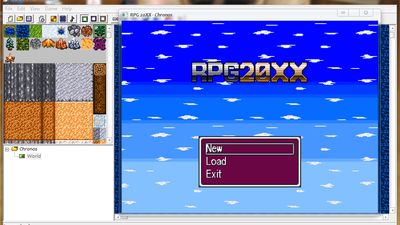 Our users have written 0 comments and reviews about RPG 20XX, and it has gotten 2 likes

View all
RPG 20XX was added to AlternativeTo by dtseba on and this page was last updated .