What is Resident Evil?

Resident Evil, known as Biohazard in Japan, is a survival horror video game-based media franchise created by Shinji Mikami and Tokuro Fujiwara and owned by the video game company Capcom. The franchise focuses around a series of survival horror video games, but has since branched out into comic books, novels, novelizations, sound dramas, live-action films, animated sequels to the games, and a variety of associated merchandise, such as action figures. The series' overarching plot focuses on multiple characters, and their roles in recurring outbreaks of zombies and other monsters, initially due to the release of the T-virus, but still more biological weapons over time, created mainly by the fictional Umbrella Corporation and various other organizations in later games.

The eponymous first game in the series was released in 1996 as a survival horror video game, taking place in a mansion in the woods hiding a secret underground laboratory owned by a well-known pharmaceutical corporation, but the franchise has since grown to encompass other video game genres & storylines. The series is a mix of action and horror film-inspired plotlines, exploration, and puzzle solving. It is Capcom's biggest franchise in terms of software sales, with over 80 million units sold worldwide (as of September 30, 2017), with the series spanning into every form of media from games to a film series spanning 6 live action films and 4 CGI films. 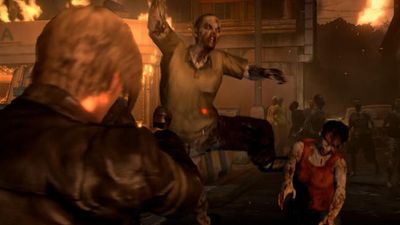 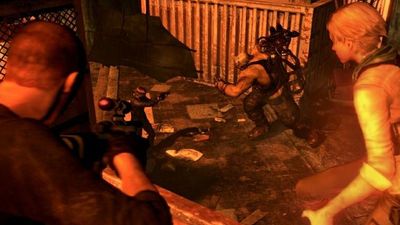 Our users have written 0 comments and reviews about Resident Evil, and it has gotten 10 likes

View all
Resident Evil was added to AlternativeTo by jakubskala on and this page was last updated .