reCAPTCHA is a CAPTCHA system that enables web hosts to distinguish between human and automated access to websites. The latest version aims to have as little user interaction as possible, using machine learning to analyse a user's actions and determine if they are a bot, and if they fail that test they are asked to identify typically road-related items, which can help both to identify humans and train Google's self driving car project.

The original version asked users to decipher hard to read text or match images. Version 2 also asked users to decipher text or match images if the analysis of cookies and canvas rendering suggested the page was being downloaded automatically. Since version 3, reCAPTCHA will never interrupt users and is intended to run automatically when users load pages or click buttons. reCAPTCHA is owned by Google.

The original iteration of the service was a mass collaboration platform designed for the digitization of books, particularly those that were too illegible to be scanned by computers. The verification prompts utilized pairs of words from scanned pages, with one known word used as a control for verification, and the second used to crowdsource the reading of an uncertain word. reCAPTCHA was originally developed by Luis von Ahn, David Abraham, Manuel Blum, Michael Crawford, Ben Maurer, Colin McMillen, and Edison Tan at Carnegie Mellon University's main Pittsburgh campus. It was acquired by Google in September 2009. The system helped to digitize the archives of The New York Times, and was subsequently used by Google Books for similar purposes. 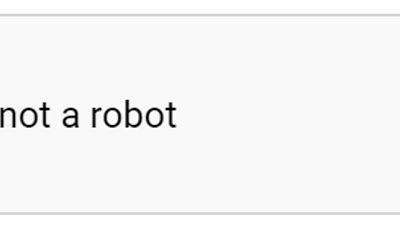 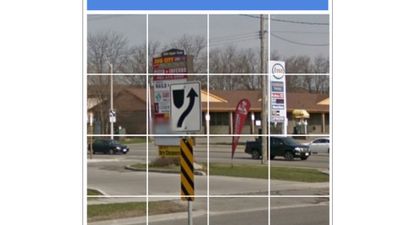 Our users have written 8 comments and reviews about reCAPTCHA, and it has gotten 128 likes

reCAPTCHA was added to AlternativeTo by Sedoe on and this page was last updated .

reCAPTCHA is safer than hosting your own CAPTCHA for most individuals and small businesses.

Maybe the most popular, but far from being the better tho.

there are also some darkweb services to bypass it which I now pay for on some sites I use more often.

An example of technical monopoly where there are very few other viable and privacy friendly solutions.

since trump administration cancelled protection of users from ISP which allows all ISP to harvest surfing behavior of clients [to sell] it is foolish to use internets without VPN. I use VPN services from companies well rated by Torrent Freak. I am not a pirate or a spammer. I am also not politically correct because I will not comply with intellectual tyranny either.

The only intention why this is so popular is to train G00gle' algorithms. I wish websites would stop using this sh*t and start looking for alternatives!

I have bad memories of having to go through 50 picture selections in a row before finally giving up. And, yes, this thing is just a crowdsourcing method to help Google's bots recognize objects in images.

When it works, it works well with just a click of the box. When it doesn't... you're going to have a bad time trying to decide whether a box has a fire hydrant in it or not.

I ihhgly suspect their image captcha to be a hidden tool for their bots to better analyze pictures and identify specific objects on photos... and i don't like it... Other than that, being able to pass the captcha with a single click (most of the time) is quite a big advantage.