What is PocketBook Reader?

Read, search, make notes & highlights in PDF (Adobe DRM), EPUB (Adobe DRM), DjVu, TXT, FB2, FB2.zip book formats. Enjoy a unique, fast and user-friendly interface that was designed to provide the most convenient set of options for you to fully enjoy reading a book. PocketBook reader allows you to customize your reading experience by adjusting text size, layouts, colors and many other options. 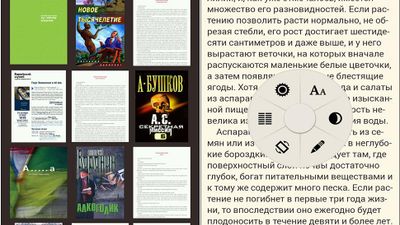 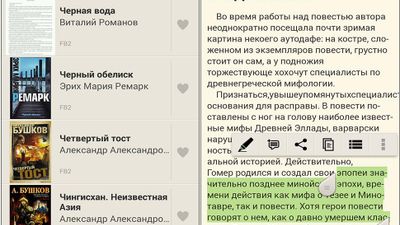 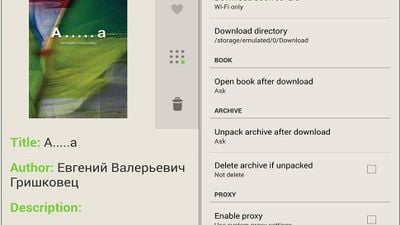 Our users have written 5 comments and reviews about PocketBook Reader, and it has gotten 16 likes

PocketBook Reader was added to AlternativeTo by alfill on and this page was last updated .

the best android reader i ever used it is really big work . thank you PocketBook team.

I use it on an iPhone reading mostly EPUB ebooks, for which purpose it mostly works well. Its useful features -- changing the font and other aspects of the interface, highlighting, etc. -- make it a good choice for this purpose. Its interface is unintuitive at first (tap the left or right side of the screen to turn the page, or the center to bring up the settings and the buttons to go back, close the book, etc.) but mostly easily usable, at least for EPUB books. For PDFs it's not quite as good: it seems to interpret the page-turning gestures as zooming gestures, so that you can only turn the page when fully zoomed out, at which point the text is usually too small to read. For EPUBs I would recommend this program; for PDFs I would recommend Adobe Reader instead.

In general when this program (at least the iOS version) works at all it usually works well, but it often doesn't work. The interface -- color scheme, default font/margins/size, &c -- is easily customizable. It has an easily usable TTS function, itself customizable in speed, tone, & accent, & generally effective, though it occasionally interprets an English word as in another language if you don't set it to only use 1 language (eg it assumed that the word "war", in a section of pure English, was German), & even after that is done it sometimes misinterprets words (eg "just say no." was repeatedly read as "just say number", & "est" in "_ delenda est" as "estate") & it has a curiously inflexible intonation of certain phrases (eg "at all" is always pronounced very emphatically, & "war" is often read as "waah" even when set to an American accent).

Regarding the specific file types I used it with:

PDF: Displays pdf files 1 page at a time & works well aside from the fact that it will only turn a page if the current page is fully zoomed out, which often makes the text too small to read. The TTS is flawless with text-formatted pdfs & usually correct even with those made up of scanned images of text.

RTF: Displays a large-sized page so that the right side is cut off of a phone's screen. Totally unusable for text reading, though the TTS still works fine.

HTML: Displays well, with a customizable display as described above. Larger files take a long time to load: one multi-megabyte ebook took more than a minute to load each time I opened it. The TTS often makes mistakes: it reads some punctuation, especially the em dash & directional quote marks, as "to the power of"; ASCII &charname; codes for non-ASCII characters (eg é for é or — for —) are often read as the letters making up the code or also turned into "to the power of".

EPUB: When it works, it usually works as well as for html minus the long loading time. However, with at least half of the epubs I try to open (which are perfectly legible in Marvin or Firefox's Epubreader extension), Pocketbook pretends to load them for a long time before showing an error message along the lines of "errors in file opening" & thereafter stubbornly refuses to display any text. (This is consistently the case with autogenerated epubs from several large sites including Archive.org & AO3; the necessity of finding alternate copies or using html eventually annoyed me into changing to a different program.) The TTS usually works without the errors described of html files, though in some books it occasionally (once every 2-3 hrs) crashes & the book has to be closed (provoking another vague error message, this one without immediate practical effect) & reopened before the TTS will start working again.

So, essentially, this app is flawless for TTS reading of pdfs or of those epubs formatted according to its inscrutably exacting standards; but if you want to read displayed pdfs or html or rtf files, or if you want epub reading to work consistently, you should look elsewhere.

When it works, it works well, but it refused to open several EPUB books for no apparent reason, instead showing an error message along the lines of "Error opening file". (I had opened the same files successfully using a different program, so the fault is clearly with PocketBook.)

So good for free, great ui and backend is faster with large collection than fbreader