What is Parallels Desktop?

Parallels Desktop gives Mac users the ability to run Windows, Linux or any other operating system and their critical applications at the same time as macOS. Parallels Desktop is optimized for Intel and Apple M1 chip.

* Access Microsoft Office for Windows and Internet Explorer
* Run more than 200,000 Windows apps on your Mac
* Develop & test across multiple OSs in a virtual machine for Mac
* Seamlessly move and share content between Mac and Windows
* Coherence mode: Hide Windows desktop and use Windows apps just like Mac apps

Parallels Toolbox with over 30 one-touch tools.

In case you don't know, "Coherence" mode is a feature in Parallel Desktops that simulates running Windows apps natively in OS X. Appearance-wise, it's sort of like Wine in Linux, except that it works with everything and it's a whole lot easier to configure.

I'll admit that I found Coherence mode to be rather trippy the first time I used it, but once you get used to seeing the Windows Task Manager pop up a few times over Finder, the whole thing is actually really, really cool.

P.S. I recommend turning off "Crystal Mode", which shares your Windows apps with your Mac while you're running Coherence Mode. That sounds nice, but it's not really well implemented. Basically, it just adds a couple (hundred) .exe files to your LaunchPad, so that it becomes impossible to find anything.

EDIT: In VMWare Fusion, this is called Unity Mode. It works about as well.

except a hefty price tag

Unless you already know exactly why parallels meets your corporate, multi-site needs, there is no reason to invest money exploring this option.

In the last four years there has been explosive growth in virtualization on both server farms ("the cloud"), and end user appliances as evidenced in on-chip support in consumer intel lines.

Consider unplugging computer when it is "off" to be off.

Make sure you have enough RAM before do virtualization!

I get a popup from Parallels Desktop asking me to register every time I reboot my computer, and it's annoying as hell. Here's how to disable it. http://forum.parallels.com/showpost.php?p=441726&postcount=5

Worked great for me since version 4. Latest version 6 is even faster and much better. I never tried Fusion, so I have no idea if it is any better than Parallels, but I did try VirtualBox and I could not even install Windows XP on that. Parallels all the way for me.

Mac: A free Lite version is available on the Mac App Store

macOS Apps I use 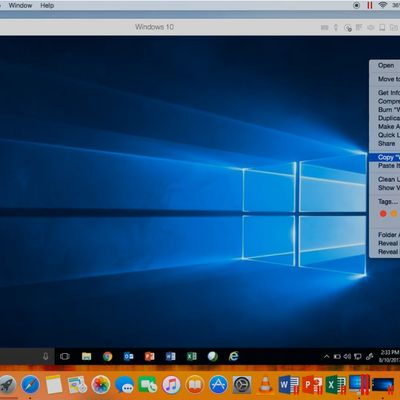 Our users have written 6 comments and reviews about Parallels Desktop, and it has gotten 128 likes