Orderhive is developed with vision that business owners can simplify and automate the business management including inventory, orders, contacts and account management. Orderhive is pay-as-you-go software which makes it very easy for business owners to start using it without any heavy upfront cost.
For More Detail please visit: http://www.orderhive.com/about-us.
Show full description ▾

Around 18 months ago I started conversations with Orderhive as a potential vendor to run a large portion of our ecommerce business. It seemed promising, and the idea that the Plus (now called Enterprise) solution was customisable was the reason I decided to select Orderhive.

There was a significant amount of due-diligence from my end. It took me around 6 months to get my head around what features the software currently had, and what we would need to have Orderhive complete as a customisation.

This in itself was also quite a bit of work - there were a number of revisions to the contract documents, created by a non-technical sales representative. My concerns started around this point when I was unable to speak with a technical representative to discuss, in more detail, how each feature would work.

The google doc that I created to try to capture the detail of each feature was simply copy and pasted in to the contract document - meaning that if I missed something then it was going to be developed incorrectly. It seemed that there was no attempt whatsoever from Orderhive to truly understand what it was that we required on a deep level.

Nonetheless, once we signed the contract, and we paid the deposit, things were underway - and I will admit it did seem promising. Within around 8 weeks Orderhive had set up the staging and production server environments and had completed some very basic functionalities such as adding an additional column to the Kanban order view.

However, once the very basic customisations were completed, things completely stopped. It was tough work from my part to get the Orderhive team together to discuss where the project was at, and why it had stopped. We had a couple discussions about how to get things back on track, but it was at this point that I wondered if Orderhive had just realised some of the complexities that would be involved in our customisations.

It took around 3 more months of exchanges between us for me to formulate a plan in how finish this project - I compromised significantly on the features we originally requested. I actually removed the largest customisation from the project in the hopes it would kick it back in to gear. But it seemed the damage was done - the Orderhive team no longer wanted to work on this project - and instead place their focus on an easier (more profitable) area of their business.

2 weeks ago, I sent an email to our original sales representative, stating that I wished to cancel the project. I had a reply from the CEO of the company, and in that email it confirmed what I had suspected for some time… He stated that “In the last two months, we have upgraded architecture of Orderhive to achieve customisation in the SaaS version. So we can deliver better and much faster than earlier. I am working on your requirement to figure out how we can achieve it in SaaS customisation.”

Orderhive has essentially used the money we have paid them to develop our custom solution to upgrade their own SaaS solution - we have funded some part of the development of their SaaS product that they will ultimately use to sell to other customers.

It is frustrating that they are now refusing to refund our monies, which in reality, is a tiny portion of what we have spent in time and wages on this project. They have a clear refund policy - but usually these only apply when something/anything is actually delivered.

It is absolutely possible that the Orderhive out-of-the-box SaaS solution is a good one. However, I would warn anyone who is looking at the “Plus”/”Enterprise” solution to be extremely cautious of Orderhive. If you do go ahead, do not accept the scope that is sold to you by Orderhive - insist on a custom, detailed scope of works with details about how each feature will work. Insist on progress payments that are payable on delivery of each feature.

There are many other providers out there that have much more advanced features than what Orderhive offers. The “customisability” of Orderhive is certainly attractive - but this only makes sense when all else is equal - if they can not deliver on anything, then they can promise everything that you ask for. 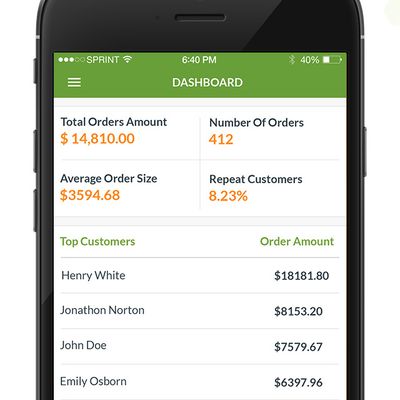 Our users have written 1 comments and reviews about Orderhive, and it has gotten 1 likes

View all
Orderhive was added to AlternativeTo by ankitthakor on Oct 30, 2015 and this page was last updated Aug 30, 2017.