What is Operation Zombie D?

Operation Zombie D episode-1 Dangerous virus attacked a village, close to forest. All the people in that village transformed into 'living dead' creatures, called Zombies. Whole village was occupied by walking dead surfers. In response to this deadly action, ministry had sent some soldiers to fight against zombies to avoid zombie mayhem. This operation was named Operation Zombie D(Dark), as it goes on in dark. Only two soldiers dared to fight those evil and got down from the chopper. Out of the two soldiers, one was slayed by the zombies. Now its time for the other to blow out the zombies and turn them into dust. 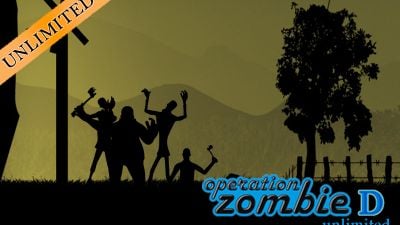 Our users have written 0 comments and reviews about Operation Zombie D, and it has gotten 0 likes