What is Nexus Mods?

The Nexus Sites are a large network of community driven websites that support the free and open sharing of video game mods and downloadable content in a welcoming environment. Our focus is on providing simple yet powerful tools that make sharing game mods a pain-free and enjoyable experience, so our users can get on with doing what they enjoy most; making, browsing and playing mods and their games. 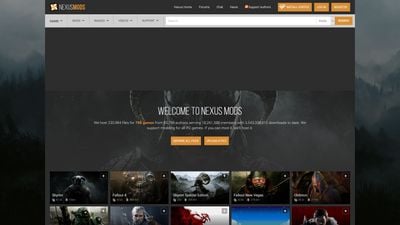 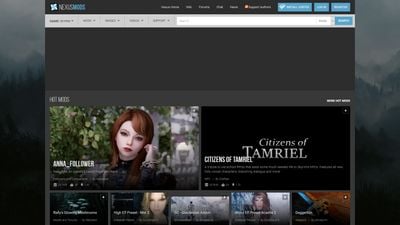 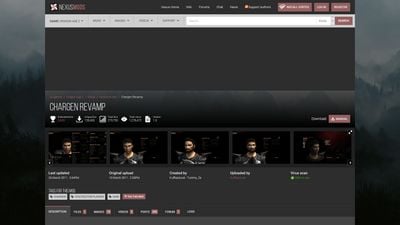 Our users have written 4 comments and reviews about Nexus Mods, and it has gotten 26 likes

Nexus Mods was added to AlternativeTo by RemovedUser on and this page was last updated .

Slow, bulky interface overloaded with animations that serve no practical purpose. Anti-user technologies like Cloudflare and ReCraptcha (an exploitative mechanism which has much more to do with psychological manipulation and spying on users rather than fighting spambots). Forces you to wait before the downloads despite obviously being huge enough to handle the requests. The Nexus Mod Manager software is bloated, intrusive and infamous for damaging the mod files, so much in fact that nobody wants to use it (and indeed there's no reason to).

Worst of all, it requires an account simply to download mods. Which means constant problems and a lot of frustration as you try to log in - because ReCaptcha will block you just for using certain add-ons, non-mainstream browsers like Pale Moon, or merely having slow internet connection. A desperate no-login workaround was offered by one of the members - however it's nearly useless, as it requires a premium account! I should also mention the site itself tries very hard to trick you into buying said premium membership (and the workaround could be part of that trick), which allegedly lifts the artificially imposed download waiting time and speed limits. This reminds me of the many fraudulent "file sharing" websites operating under the same scheme. The free account is also somewhat tricky to enable upon registration, they make it harder with each update. You also cannot remove your own account, which means that all associated (and possibly very personal) data is retained forever and you have no ownership or control over it.

Nexus mods does not respect its users and is known to ban people and remove their mods for no good reason. This site works actively towards monopolizing the game modding scene on the internet, and while on the surface they seem good, already having huge popularity and database of mods, encouraging endorsements and donations - this is just a facade for a profitable middle man business which can and will destroy many modding communities in the end. Even the (annoying) popups chastizing you for not donating money to the modmaker are no good, because this practice is clearly aimed at destroying the principle of free sharing among people on the internet, and game mods have always been an important part of that principle. The only reason behind these popups is that Nexus gets their own cut from the payments, of course.

To summarize, whether you are a mod creator or a gamer searching for downloads - stay away from this site. Just don't go there, it's not worth the trouble. By using Nexus you are encouraging the downfall of the internet, and I am not exaggerating. The only saving grace of this site is its database of mods, but it will never justify the complete lack of respect for its users. Don't torture yourself, find the alternatives whenever and wherever possible. For example, for the game Morrowind two excellent old websites exist, Morrowind Modding History and Great House Fliggerty. They have their own problems - but compare the design, usability, community and even the availability of mods on these sites with Nexus, and you will understand what I am talking about. You can probably live without those fancy "convenience features" Nexus offers - like keeping track of your downloaded mods - especially when it all comes at such a high cost of your privacy, time and sanity.

Update: Since August 2020 the site uses hCaptcha, which is just as bad despite the claims. Users might still struggle depending on the software they use, and the captcha mechanism continues to be needlessly exploitative. HCaptcha is yet another way for Nexus to earn quick and dirty money at the expense of their users' time and personal data.

This site is garbage their app is garbage and all there is on the site these days is DRAMA.

Go to steam workshop or moddb and bypass the BS.

Extremely commercialized website which is known for having betrayed their community in the worst way.

Much too expensive for they just put their name over others work.

Plus surfing there is not safe, they collect and sell all your data. Uploads, adresses, browsing history are referred as their property and are refused to be deleted on request. Instead they answer impertinent, lie or do not reply.

If u really need to go there activate adblocker and use downloadfix.