What is Kingdom in Chaos?

A magical RPG world of adventure awaits you. You will meet heroes and goblins, friends and foes! But you won’t be alone, as you walk this path you shall gather a powerful team by your side. Only together can you defeat the evil that has overtaken your kingdom! But it won’t be easy, countless bloodthirsty monsters await. Demons, cyclops, the desert sand worm, undead pirranna plants and worse.

When Castellan sent forth his blue-eyed boy Eric to lead the king’s guard to the borderlands, he thought it was just a routine goblin-slaying mission. But with an ambush of black magic, the evil Warlock Timor saw that the mission was over before it began. When Eric awoke, he found the entire king’s guard had been killed, and the kingdom was in chaos. You -Eric- are the only one who can restore the kingdom.

Soldier — A melee warrior, powerful offense and defense Holy Knight - Masterful with the shield and empowered by holy spells of protection. Berserker - A bloodlusted warrior with powerful offensive skills Priest - A healer who can revive fallen comrades Bishop - Can bless his allies and strengthen them in battle 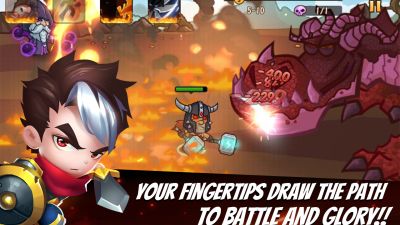 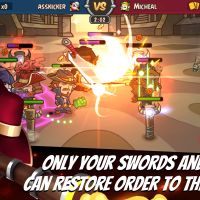 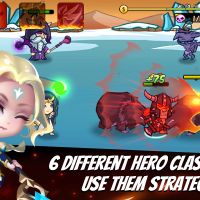 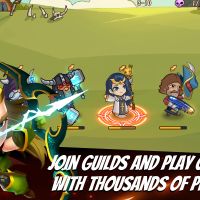 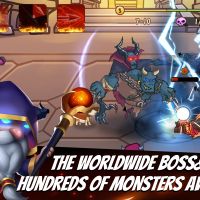 Our users have written 0 comments and reviews about Kingdom in Chaos, and it has gotten 2 likes

View all
Kingdom in Chaos was added to AlternativeTo by andrewpullins on and this page was last updated .