What is Incognito for Slack?

Learn how your team really feels with anonymous feedback and polls directly in Slack.

Features: /incognito - Your team can use this command to submit anonymous feedback into a private channel. /incognito-poll - Create an anonymous poll in any channel of your choosing. /incognito-stats - Display the number of users and submissions including feedback ranking. /incognito-export - Receive all feedback data in a file via Slack (no real names, of course). /incognito-champion - Send a thanks or reward to the anonymous user that submitted the most helpful feedback. 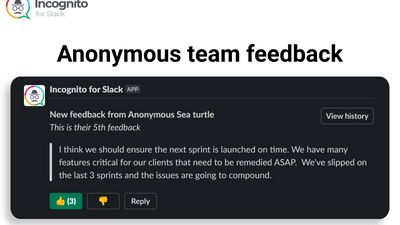 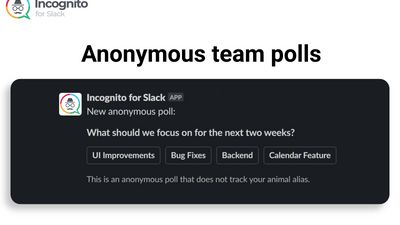 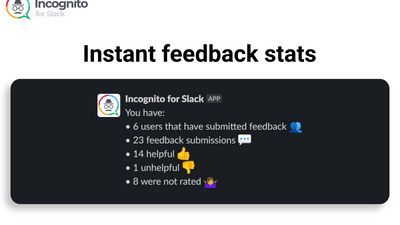 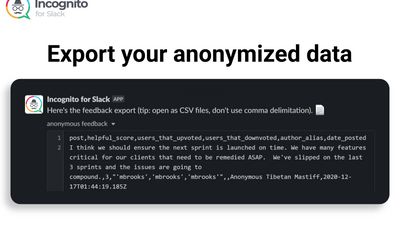 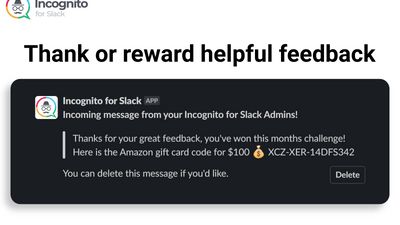 Our users have written 0 comments and reviews about Incognito for Slack, and it has gotten 0 likes

Incognito for Slack was added to AlternativeTo by incognitoforslack on and this page was last updated .