iGoogle is your personalized Google page. Add news, photos, weather, and stuff from across the web to your page. 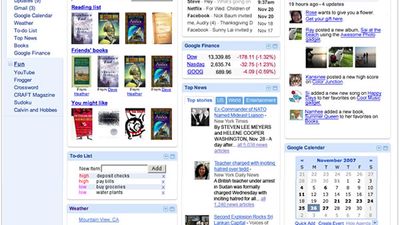 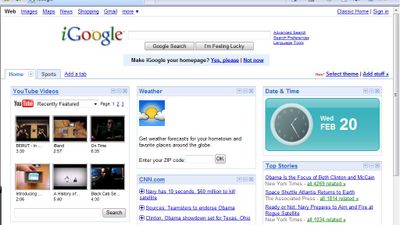 Our users have written 2 comments and reviews about iGoogle, and it has gotten 44 likes

iGoogle was added to AlternativeTo by Danilo_Venom on and this page was last updated .

Wish one of these would allow an easy import of iGoogle.

What repalces igoogle now. What does exporting to my computer give me I liked this google function and would like to be able to have something similar, not on my hard disk as it would be static but on line. Does anyone have a solution?

From what I've read and understand,

igHome provides some way of importing your iGoogle settings into their app. I've not seen that mentioned for any of the other listed here.

One would think that with all the software geniuses Google hires, one of them could have built a port that would shift as many gadgets from iGoogle over to their new Chrome app framework, instead of making everyone try and figure this out on their own. I'm probably going with

My Yahoo , if only because I have no idea if any of the other alternatives will survive for a long time or not, and I might give ighome a try since it supposedly has this import function, since they at least makes it easy.

My Yahoo lets you import from iGoogle...

If you only need to import your feeds, you can try IFeedle . Dead simple, no signup required.

Shame iGoogle has shut down, but i've discovered Protopage.com and it's much better!