Internet Multi Server Control Panel (i-MSCP) is a project founded to build an impressive and powerful opensource Multi Server Control panel for personal and professional usage. It must allow to manage any shared hosting environment in an easy way without any human intervention on the servers file system.
Show full description ▾

Imscp is a very good control panel, but the developers don't seem to like anyone using it except themselves.
I have been using it for personal sites for several years now, but it cannot be used to sell web hosting because you cannot download any paid modules such as cron, unless you are a member of their forum, and they do not like accepting new members unless you are a developer. So it's basically for developers only.
Since 2011, the forum has the same amount of members as it's always had, maybe 20 maximum, but they do not respond to requests for admission, so you cannot get support and you cannot add plugins other than free ones, but there aren't sufficient free plugins to make it viable for end users.
A great panel for hosting your own sites, but only the developers can use it commercially. Shame. (I gave it 3 stars because it's for developers only, but it's functionality deserves 5 stars)

Said about i-MSCP as an alternative

Have an active development, extended with plugins, nice config files generated and easy to install and for use of admins and users.
Positive comment • almost 3 years ago • as an alternative to

cPanel
Great installation routine on naked linux machines. Runs even better than ispCP ever did.
Positive comment • about 2 years ago • as an alternative to 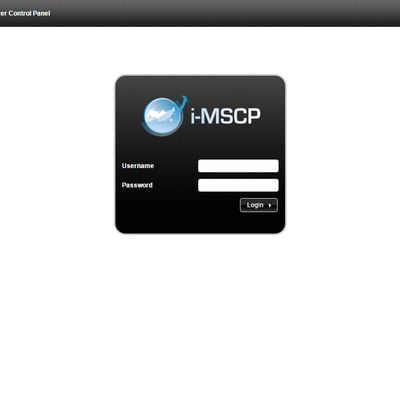 Our users have written 1 comments and reviews about i-MSCP, and it has gotten 11 likes