What is Hospital Tycoon?

Hospital Tycoon is a business simulation video game developed by DR Studios and published by Codemasters. The game is designed for and set to run exclusively on the Microsoft Windows platform. It was released on June 5, 2007 in North America, on June 8, 2007 in Europe and on August 12, 2007 in Australia.The game lets the player manage a hospital from a god view. Each different hospital is staffed by medical teams and is packed with ill patients. The player needs to manage the staff, ensure patients are cared for and have the correct treatment facilities. As time progresses, new equipment will need to be built in order to cope with incoming patients. The game can also be played in a sandbox mode.Media receptionThe game scored a low overall rating from all video game critics, criticising its graphics and bugs. Many reviews criticise the game for marketing itself as a similar product to Theme Hospital. The game has been praised however for its developed story line, similar to television dramas such as ER.Future updatesCodemasters and DR Studios are not currently planning to release any updates for the game. Complaints have been made that the retail version contains bugs such as a shortage of patients.See alsoTheme HospitalExternal linksOfficial websiteOfficial Forum 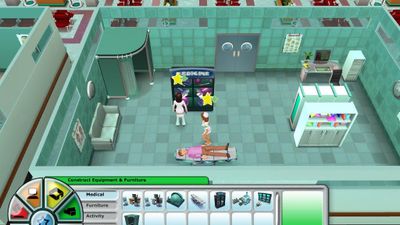 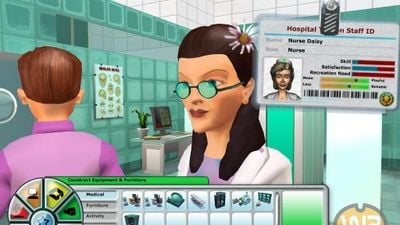 Our users have written 0 comments and reviews about Hospital Tycoon, and it has gotten 1 likes

Hospital Tycoon was added to AlternativeTo by Danilo_Venom on and this page was last updated .