What is Heigh Speed?

I used it, and it works great. It does exactly what it says, it speeds up the internet. It really helped me get more speed from my connection.
Highly recommended.

looks so scamy, it's not even funny. You've been warned.

What looks scamy about it?

Micro Center, a well known national chain store is selling it too: http://www.microcenter.com/single_product_results.phtml?product_id=0375677
That is quite an endorsement; I don't think there is any way this could be a scam.

P.S First time I personally hear of microcenter.com .. maybe I'm not hanging out at the right places, who knows.

Well, I personally have it, and so do a lot of people I know, and I can attest that it works really well. About how it can work, then maybe we should suspect Google, too. After all, how can you search the whole web so quickly? How does it work? That's why I didn't invent Google. Apparently someone had a genius idea and was good enough to make something out of it.

Btw, you can look at the reviews on microcenter.com to see how much people like it.

I would hardly consider 2 reviews on Micro Center to be definitive proof of Heigh Speed's credibility. And being sold by Micro Center isn't the same as being endorsed by Micro Center. There are plenty of shady products that are sold/advertised by credible businesses. For example, MyCleanPC is advertises on national TV, despite offering a product that is essentially a virus.

@Tabakis: Microcenter is a chain of superstores that sell computer parts in the U.S. I personally had never heard of it until I started browsing r/BuildAPC on reddit; I don't think it's very well-known outside of PC building communities, though I could be wrong.

I also agree that Heigh Speed looks highly suspicious. I mean, registry tweaks? Seriously? Google analogy aside, Heigh Speed is clearly claiming the ability to make something out of nothing. 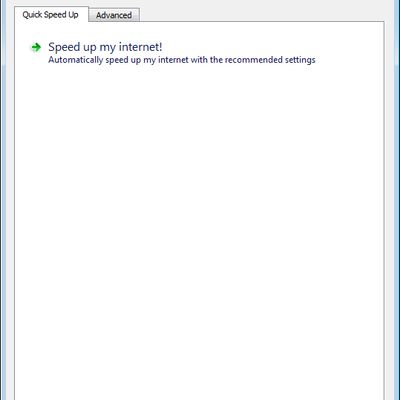 Our users have written 2 comments and reviews about Heigh Speed, and it has gotten 1 likes