What is Hall Of Light?

Most games in the database are of the boxed, commercial variety but there are exceptions: Licenceware games are considered commercial enough to be included.

Shareware, freeware and general Public Domain games are generally not present but they may be added if they form a fuller picture of a commercial person or entity.

A number of unreleased Amiga games are referenced. The status of these games varies; some exist in a near-complete or demo form while others never progressed beyond the announcement stage.

Some Open Source conversions (e.g. Doom) and games playable through interpreters (e.g. ScummVM or Exult) are listed. These are considered 'native' Amiga games.

There are no downloads of the games in the database as the HOL is solely concerned with providing information.

The HOL is a non-commercial project and does not generate any money. 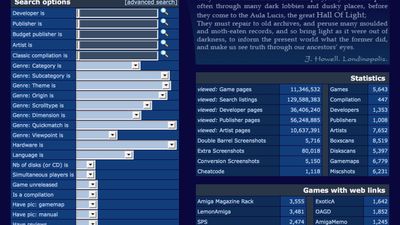 Our users have written 0 comments and reviews about Hall Of Light, and it has gotten 0 likes

View all
Hall Of Light was added to AlternativeTo by Kokos on and this page was last updated .