What is Grand Battle?

Grand Battle, Red Battle in Russian (previously Red Storm), is a realistic MMORTS war game for Android. Lead your army, tanks, and real battle forces to launch a bloody war against your enemy in the fierce battlefield.

Grand Battle enables you to experience lifelike scenes, realistic fierce battles and military weapons. With stunning graphics and well-thought gameplay, Grand Battle is a true military war game you are dying to have your hands on. In Grand Battle, the urge of getting revenge, the excitement of more power and the claim of glory. With a Build-Attack- Destroy model, you will be a true commander thriving your way towards victory in no time. 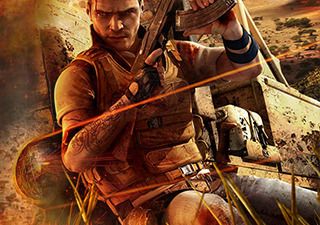 Our users have written 0 comments and reviews about Grand Battle, and it has gotten 3 likes

View all
Grand Battle was added to AlternativeTo by AlkaoonInc on Mar 7, 2013 and this page was last updated Aug 30, 2017. Grand Battle is sometimes referred to as Red Storm, Red Battle.