What is GNOME Mahjongg?

Mahjongg is a solitaire (one player) version of the classic Eastern tile game, Mahjongg. The objective is to select pairs of similar tiles.

Mahjongg's origins are not fully known, but many theories have been put forth. One such theory says that Noah played Mahjongg on the ark because the East hand is dominant, presumably the direction the rains came, in the flood. Another theory says that the Chinese philosopher, Confucius, made the game. 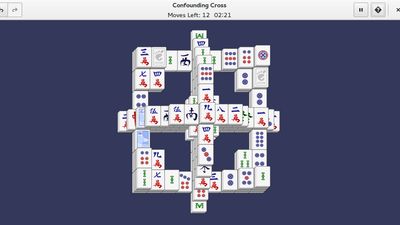 Our users have written 0 comments and reviews about GNOME Mahjongg, and it has gotten 9 likes

GNOME Mahjongg was added to AlternativeTo by AntumDeluge on and this page was last updated .