I've been double checking their prices. Maybe in 2019 they were not up to date, but I haven't seen any issues as of 2020. It shows you key webiste deals and shows you the risks of each. It also shows separate sections for free giveaways, and you can search for games. It separates the risky key stores from the game laucher deals. It has a massive database of marketplaces and games. I only wish they didn't just focus on PC game launchers, but also did other online gaming platform deals like Android, Apple, Xbox, Nintendo, and Playstation. But you can always connect a Sony or Xbox controller to the PC and play that way. Overall, excellent! You can also set up personal notifications. I have seen the other websites like GameGator and all the deals they show, GG.deals shows as well.
Edit: I stand corrected, they do have Microsoft Store for Xbox and Windows.

This website is utterly useless, the prices are always wrong. Don't really see a use case here...

Far better than most websites. Including stores like store.steampowered.com.

Prices are never up to date...

Prices on the website are never updated and are therefore only correct in some cases - which makes the purpose of the website pretty useless, unfortunately. 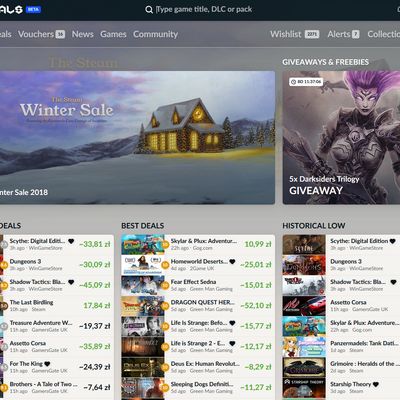 Our users have written 8 comments and reviews about GG.DEALS, and it has gotten 11 likes