Multiplayer strategy game that allows users to rule a country, be an entrepreneur or gather your fellow citizens to start a resistance war. eRepublik the online strategy game.
Show full description ▾

eRepublik is a game that has either lost its way entirely, or never found its way.
I was an active player for about a year in total, and I feel like I made no progress at all. Despite me holding 50 businesses, I barely made enough money to hire a single worker.
The biggest two problems with the game are the player base and the extreme premium practices.
The player base is a problem because the majority of the player base is in 5 countries. Thus leading to a gross imbalance between all other countries as many of the other countries will be lucky to have 100 active players. I played under Germany, which has been ravaged by war and more.
The second major issue is the insanely greedy microtransactions, which led to me barely making any money.
To quickly explain, there are 7-star tiers of items. For weapons, you go from a pistol (1 star) to a revolver (2 stars), and so on. The higher the star rating, the better it is.
Any product that isn't five or more 'stars' doesn't get purchased. And the only way to produce higher starred items is to spend the premium on the game to buy upgrades to your establishments so they can create these high valued products. Now, you can get the premium currency for free, but I can truthfully say it'll take you 2-3 years before you get to buy just one 5 star building.

I do not recommend this game at all. Please explore alternatives like War of Republics. I abandoned eRepublik for War of Republics, which handles the concept a ton better.

Said about eRepublik as an alternative 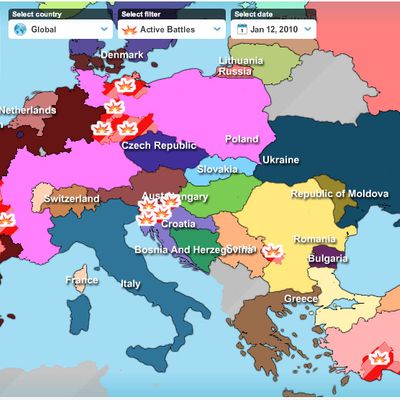 Our users have written 1 comments and reviews about eRepublik, and it has gotten 6 likes