What is Elite: Dangerous?

Elite: Dangerous is a space adventure, trading, and combat simulator that is the fourth release in the Elite video game series. Piloting a spaceship, the player explores a realistic 1:1 scale open world galaxy based on the real Milky Way, with the gameplay being open-ended. The game is the first in the series to attempt to feature massively multiplayer gameplay, with players' actions affecting the narrative story of the game's persistent universe, while also retaining single player options. It is the sequel to Frontier: First Encounters, the third game in the Elite series, released in 1995. 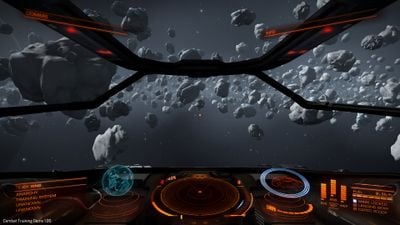 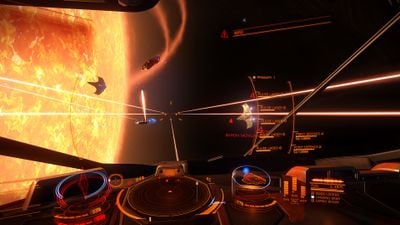 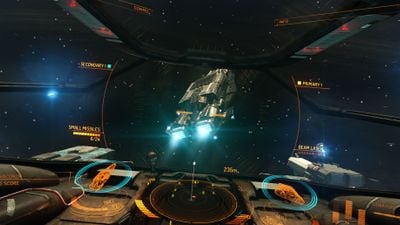 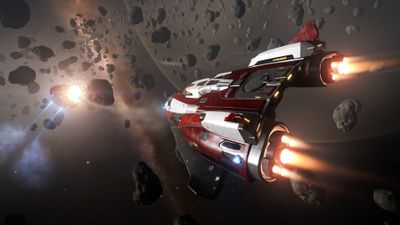 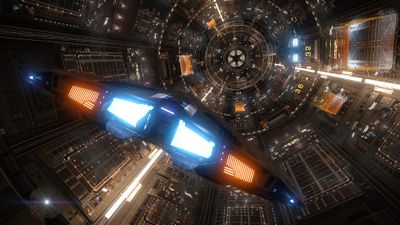 Our users have written 2 comments and reviews about Elite: Dangerous, and it has gotten 22 likes

Pointless grind. To be clear, there are missions and ranks that can be achieved, alliances that can be formed, open world at it's finest, with superb graphics...all of that. It's a very enjoyable time suck...but it's pointless. I have been playing the game for weeks, hours each day. I've purchased a federal gunship, and a federal dropship with which I can do missions (I'm mostly harmless still...and a warrant officer in the federation) so what? I am careful to select only legal missions, and still I find that I'm swarmed by federales and blasted out of the sky, and thrown into prison. Loss of ship (federal gunship) and 1 million credits. It seems to me that the programmers themselves have placed enough 'nerfs' into the gameplay that I can almost hear them laughing about the thirty bucks I threw down on the download. Also, to be clear, I put in about a thousand hours playing the open source FREE version of a very similar game, and it had some (SOME) of the same quirks in gameplay too...but in this game they've been expanded on instead of fixed. I was really very excited to see what commercial developers could do with the source code. That ended quickly. A few of the nerfs explained - There are docking computers to land automatically inside a space station, yet the MANUAL controls fail in FSD (like warp drive in science fiction tv) when the programmed, RNG controlled "SLOW DOWN" prompt shows up because you missed the almost inaudible cue that lets you know the developer has his foot placed firmly on your accelerator again....you are not in control at that point. The 'plot course' feature commonly fails for fuel consumption restrictions (really? it's an automatic plot course feature of the game...c'mon) and the targets for missions randomly get 'realigned' with landing zones that are NOT the selected target (just for fun, you know). In all, it's a beautiful graphical, hypnotic, waste of time piece of junk software. Unless your a masochist I suppose.

So I supported the Kickstarter, because they also announced a Mac version and it was a beautiful port, running great on the Mac. They went with OpenGL only on the Mac which is an odd choice given the fact that Metal 1 was already a thing back then and OpenGL support on the Mac kinda sucks. So due to this when they offered Horizons, they couldn’t offer it on the Mac, because OpenGL (and they made it kinda Apples fault, that they chose OpenGL well knowing that its way outdated on macOS and won’t ever get up to par), when they decided on a 3D game API.

Fast forward to 2018, now we have Metal2 and Vulkan (MoltenVK) on the Mac, eGPU support that lets you enjoy VR even on a laptop, but Frontier Dev simply chose to cut support on the Mac entirely, so entirely, that in Q4 I won’t be able to play even the base version I purchased at full price anymore, although I helped finance this game and spent quite a bit of money on in-game purchases. What a rip off.

Said about Elite: Dangerous as an alternative

Combat, trading and exploration are in this game, the universe is very vast and good looking, however the feature "powerplay" is not able to make E:D as dynamic as EVE online

Good story good player base and it isn't buggy as hell.