What is Crusader Kings?

Unlike other Paradox titles (such as the first two

Europa Universalis series), Crusader Kings is a dynasty simulator with similarities to role-playing video games in that it focuses on a trait-based individual whose primary goal is the growth and enrichment of their dynasty. In the game, the player attempts to lead their dynastic demesne across four centuries, while managing its familial, economic, military, political, and religious affairs and stability. Rulers are supported by appointed councillors, a Chancellor, Steward, Marshal, Spy Master, and Diocese Bishop, and oversee scutage from their vassals.

In addition, yearly random events, as well as hundreds of pre-scripted ones based on the historical themes, make for varied game play and challenges. Crusader Kings also differs from many similar turn-based strategy games in that time flows continuously rather than taking place in discrete turns. As such, the player is able to pause the game, examine the map and its characters, and make decisions and give orders, then speed up or slow down time as events take their course.

Over time, based on the territories and titles held, characters can be elevated upwards in status (from count, duke, king, to emperor substantive titles) or regress as status and lands are lost. The lowest level count vassal tiers (i.e. castle baron, city mayor, church bishop), as seen in Crusader Kings II are not represented. The game is lost if no direct member of the playable dynasty holds or inherits an imperial, royal, or noble rank. 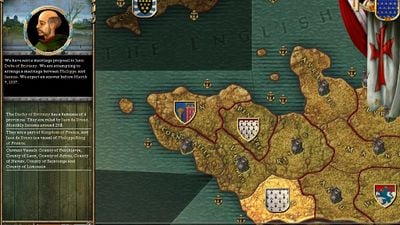 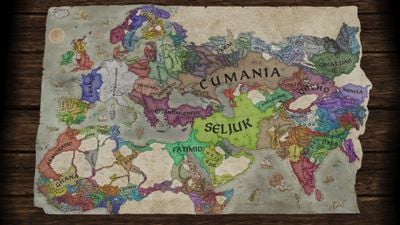 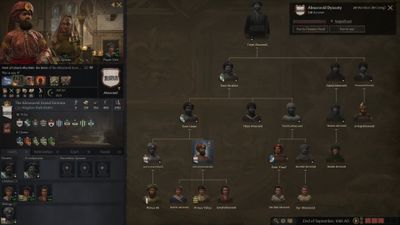 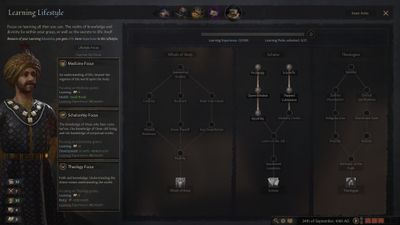 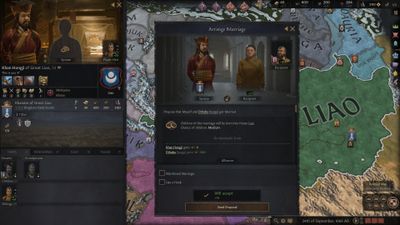 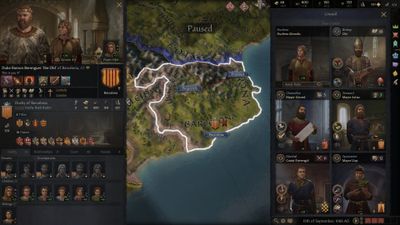 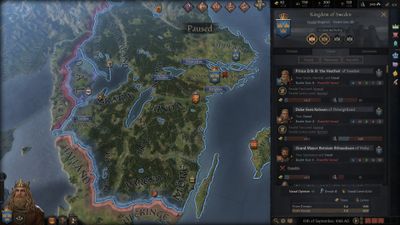 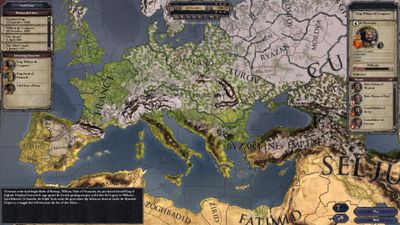 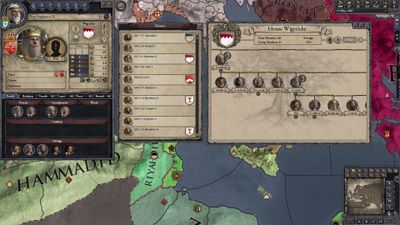 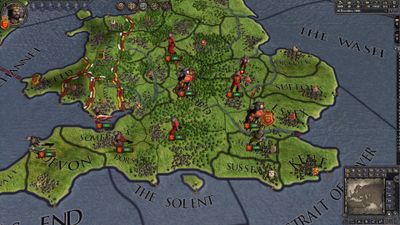 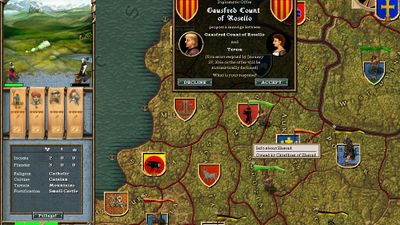 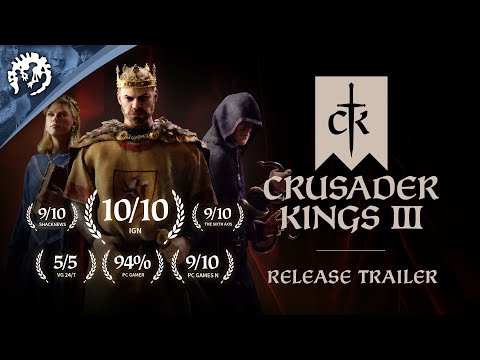 Our users have written 0 comments and reviews about Crusader Kings, and it has gotten 2 likes

Crusader Kings was added to AlternativeTo by M_O_Z_G on and this page was last updated .