What is Advanced Query Tool?

Advanced Query Tool is a Microsoft Windows based SQL query software tool used to administer and execute queries against the most common database management systems. AQT is created by a small New Zealand software company, Cardett, and is distributed and supported through the Internet. AQT is designed for use by database administrators and developers.ArchitectureAQT is a Windows application that uses ODBC to access the data, but is aware of the catalog structures of most common databases. This sets it apart from most software tools that use ODBC. The ODBC catalog is very slow on large systems, but AQT directly queries the catalog meta data of well known data base management systems, which makes it very fast for exploring the data structures of enterprise size data bases.Catalog awareness is accomplished by using configuration files for each flavor of DBMS to define the queries to run against the data base catalog meta data. There are also separate configuration files for the administration component.Data Base Management Systems of which AQT is aware of the catalog structure include IBM DB2, Oracle, Microsoft SQL Server, Postgres, MySQL, Sybase, and Informix.LicenseThere are two levels of licensing of AQT: the Standard License, which allows most functionality, and the Extended License, which allows full use including the administration tools, data compare, and the data loader. 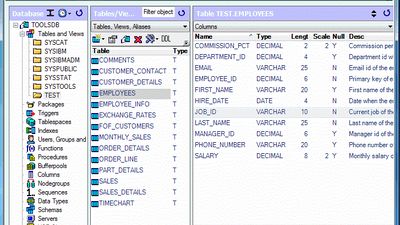 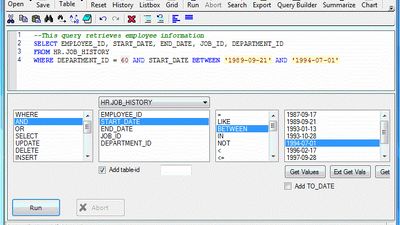 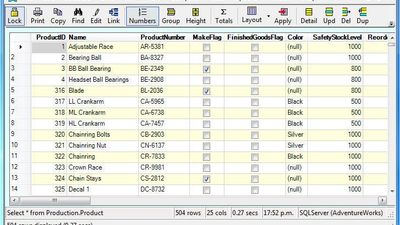 Our users have written 4 comments and reviews about Advanced Query Tool, and it has gotten 3 likes

Advanced Query Tool or AQT is a robust SQL database tool that supports any database accessible through ODBC with many capabilities to ease data analysis, write queries, load and export data. Some of the key features include 1) a point and click data loader that generates your create table statement when creating a new table and includes the ability to add column expressions to alter/clean your source data during the load, 2) a visual data explorer to view your sql result set and easily total, sort, format, and group it(grouping is done by dragging columns to the header and groups can easily be collapsed/expanded and show column subtotals);You can also freeze columns on the left to for easy viewing of wide result sets, copy any row or rows to excel or other tool including column headings and get totals by highlighting adjacent columns and 3) a robust visual query builder that has the ability to easily create sql including complex sub-queries, supports with clauses and can save your table relationships for re-use. An advanced version also includes a base set of database administration tools.

I love the user interface an ease of getting started building queries or using existing sql. The company is very responsive and even incorporated one of suggestions into the product.

I love the user interface and ease of which you can build queries or run it off existing sql. The company is very responsive to questions / input. They even incorporated one of mine! Great tool.

Connects to many databases, same interface for all. Have used since 2001. The data load features are especially nice. This is my Swiss Knife for most things database.