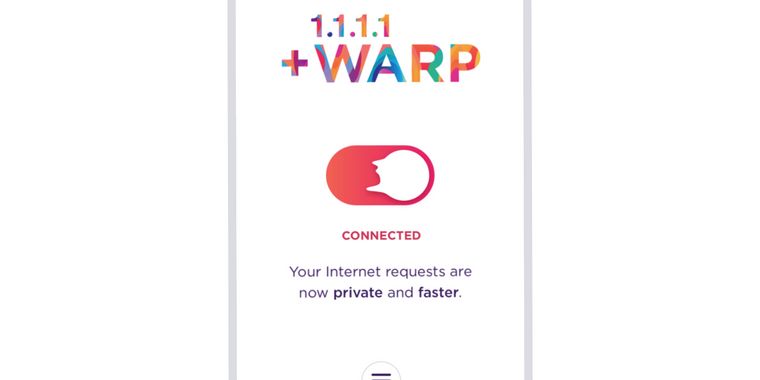 Cloudflare to launch Warp, a VPN add-on to its 1.1.1.1 DNS service, on phones

Cloudflare has announced that it will launch Warp, a virtual private network service that aims to complement the company's 1.1.1.1 Domain Name System servers.

In a blog post announcing the VPN, Cloudflare CEO Matthew Prince shared that

1.1.1.1 usage has grown 700% month-over-month, and at its currently expected trajectory will become the second most used public DNS service behind

Prince also describes VPNs on mobile devices by saying that they "suck," further elaborating:
"They add latency, drain your battery, and, in many cases, are run by companies with motivations that are opposite to actually keeping your data private and secure." In contrast, Warp is designed to be "the VPN for people who don't know what V.P.N. stands for," working built in to the 1.1.1.1 DNS server app on

Warp will ensure that all Internet traffic on your mobile device from every app, not just web browsers like

Google Chrome, will run through an end-to-end encrypted VPN. For data on the Internet that is not encrypted, encryption will be added from your mobile device itself to the furthest point it interacts with

Warp will launch soon, and 1.1.1.1 users can sign up for the waitlist and be notified as soon as the VPN service is available for use via a push notification.

1.1.1.1 from CloudFlare is the fast and private way to browse the Internet. It is a public DNS resolver, but unlike most...