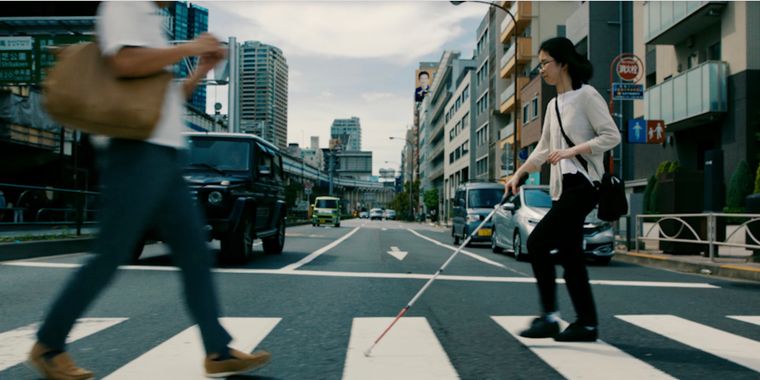 Google is implementing a new accessibility feature for the visually impaired in its popular Google Maps navigation app.

In a post on the company's official blog, Online Partnerships Group Business Analyst Wakana Sugiyama detailed the new feature, releasing today in commemoration of World Sight Day. Citing the fact that 217 million people have moderate-to-severe vision impairments and 36 million people who are blind around the world,

Sugiyama, who herself is legally blind while living in Tokyo, known for its dense and urban population, worked together with the Google Maps development team to advise and test the functionality. The goal, she states, is to give more people additional confidence when navigating unfamiliar routes, especially when they are alone. The feature will proactively alert users when they are maintaining the correct route, how much more distance until they need to turn next, and when they need to cross busy intersections with added caution. The app will also give verbal notifications that they are being rerouted when they navigate off-course.

The new descriptive audio navigation for walking is rolling out starting on Google Maps' Android and iOS apps in English for the United States and Japanese for Japan. Support for additional languages and countries is "one the way," with no exact timetable given for their rollout.

Here are the steps to activating the new feature:

Open Google Maps.
Open settings and select “Navigation.”
At the bottom of the list you'll find the option to enable "Detailed voice guidance," beneath the “Walking options” heading.

Google Maps is a basic web mapping service application and technology provided by Google. It offers street maps, a route planner for traveling by foot, car, or public transport and an urban business locator for numerous countries around the world.