Yousician is your personal music teacher and the easiest way to learn to play a musical instrument. Yousician guides your with easy step-by-step tutorials and gives you exercises that fit your level. You get instant feedback on your accuracy and rhythm as you play along with interactive tutorials. You will see how you improve from the very first session and store your musical achievements.
Show full description ▾

An promising alternative to Rocksmith at first glance, with a more modern and eye pleasing UI (subjective) even though it doesn't support ultra-wide monitors.
The overall app performance is better than Rocksmith.
Note recognition works very well. I played through a Roland Rubix22 audio interface and though Ubisoft's Rocksmith cable.
Unlike Rocksmith, it can use any pretty much audio interface you have, including ASIO devices, out of the box. A very old feature request made by many people toward Ubisoft which hasn't been answered yet.

This, however, is where the pros stop. This app is practically begging the user to buy the premium version. After almost every lesson played there is an intermediate screen asking to buy the premium subscription. There is a limited usage time each day in the free version. Famous/more known songs are locked behind the paywall.

Tried to get a 7 day trial so I could access the premium features but payment kept being declined, including by PayPal. Searched the internet for possible solutions to this and found people complaining about being billed for an entire year even though they selected monthly payment and who were denied refunds and subscription cancellation.

Conclusion: A pity that an app with so much potential is plagued by shady business practices.

Said about Yousician as an alternative

it uses a real guitar unlike any of the ones below. However to actually be useful you need to pay for a subscription
Positive comment • over 2 years ago • as an alternative to 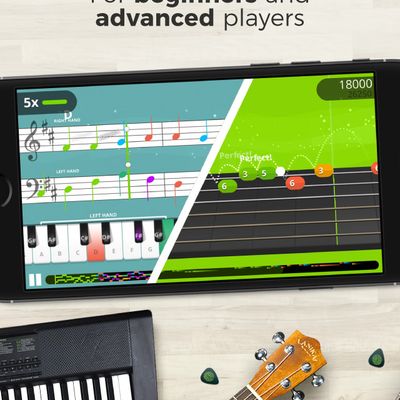 Our users have written 1 comments and reviews about Yousician, and it has gotten 14 likes